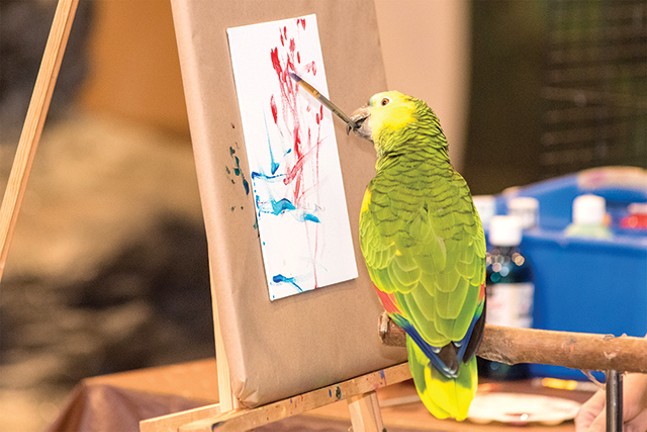 It’s the end of February, and you still haven’t worked on that New Year’s resolution to lose a few pounds. Hey, it's OK, it’s cold. Sitting on the couch drinking beer sounds better to us than walking on the treadmill. How about a compromise? Beer + Yoga! Spend an hour breaking into a sweat doing the downward-facing dog at Brew Gentlemen, then celebrate checking the "exercise" box off your list with a free 6 oz. beer. 7:30 p.m. 512 Braddock Ave., Braddock. $8. brewgentlemen.com

Dreaming of a tropical vacation? You’re in luck! It’s Summertime Somewhere, and tonight, it’s at the National Aviary. Ditch the snow and hang with tropical birds, play lawn games, and take in a painting parrot. (Yes, you read that right.) Stop by the Tropical Rainforest to really get in the mood. 6-10 p.m. $35. 21 and over. 700 Arch St., North Side. aviary.org 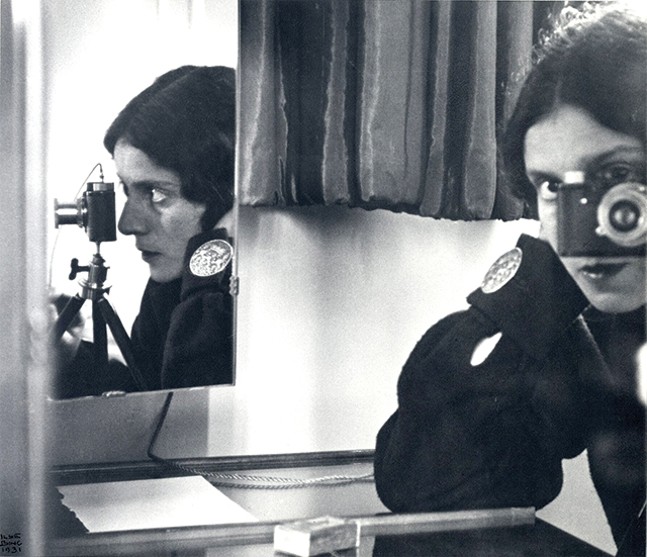 Photo: Ilse Bing
Self-Portrait with Leica at the Frick Pittsburgh

Everyone has a high-quality camera in their pockets now, but it wasn’t always so easy. Street Photography to Surrealism: The Golden Age of Photography in France at the Frick Pittsburgh explores the evolution of photography that captured everyday life, from flea markets to dance halls. Continues through May 5. 7227 Reynolds St., Point Breeze. Free. thefrickpittsburgh.com

Few things on this earth are more soothing than watching Ina Garten prepare a roasted chicken with potatoes and an apple tart on Barefoot Contessa. She likely won’t be doing that for her talk at Heinz Hall, but she’ll probably still tell you to use good olive oil. 7:30 p.m. 600 Penn Ave., Downtown. $55-105. pittsburghsymphony.org