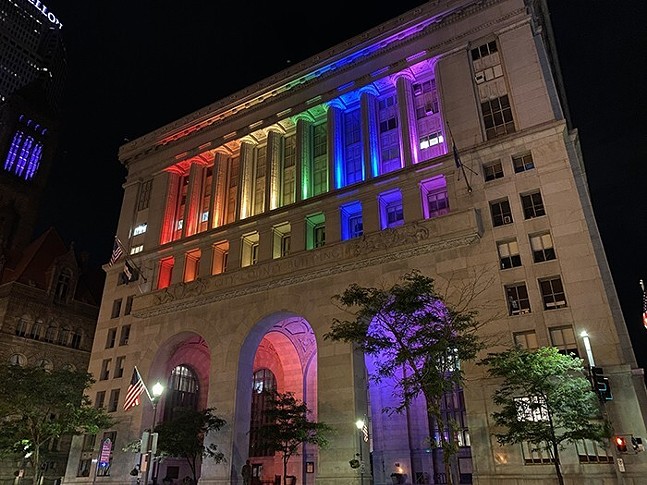 “I am delighted to sponsor this much needed legislation that Councilmember Strassburger has introduced,” says Kraus in a press release. "In Pittsburgh, our pride as a city is based in unity. This legislation brings us closer to creating a city that is welcoming for all, with a more unified vision for the future that we want to build.”

The amendment recognizes the NGLCC as a valid certifying organization for LGBTQ-owned businesses, which are defined as those owned by 51% or more LGBTQ individuals. Additionally, it tasks the Equal Opportunity Review Commission with ensuring equal access to contracting opportunities and economic development programs.

“Thanks to the leadership of Pittsburgh City Councilperson Erika Strassburger and of our local affiliate chamber, the Three Rivers Business Alliance, LGBT entrepreneurs in the Pittsburgh region will now have the opportunity to create jobs and develop innovations that benefit all who live there," said NGLCC Co-Founder Justin Nelson and CEO Chance Mitchell in a statement.

The NGLCC, with support from the Three Rivers Business Alliance, will provide additional support through independent scholarship programs, mentorship, and leadership training, as well as networking opportunities for LGBTQ-owned businesses.

The Equal Opportunity Review Commission currently reviews contracts to evaluate the developer or contractor’s employment of minority groups and women, setting its recommendations at 25% and 10%, respectively. With the amendment, the Office of Equity will annually report the total contract dollars awarded to certified LGBTQ-owned businesses by the city. The report will also include a list of all contractors or suppliers who were certified LGBTQ-owned businesses in the preceding fiscal year.

“This bill represents one more step in our march toward equity here in Pittsburgh,” says Strassburger. “I’m hopeful this will help expand and grow our city's LGBTQIA+ businesses that are already making a positive impact here.”