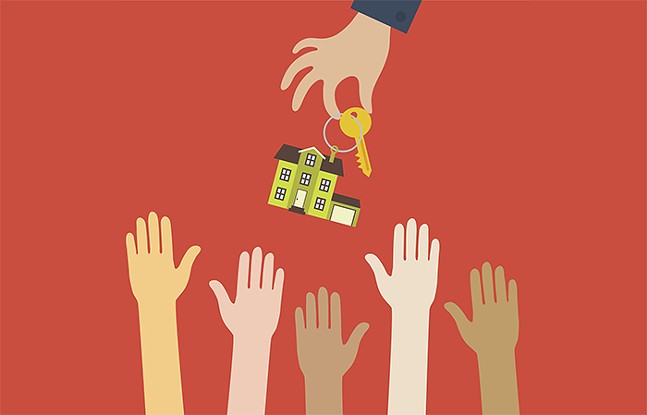 Ever since the coronavirus pandemic hit Pittsburgh, there has been an increase in discrimination, specifically against the Asian community, according to the city’s Human Relations Commission director Megan Stanley.

Stanley contacted Pittsburgh City Councilor Erika Strassburger (D-Shadyside), who told the Pittsburgh Post-Gazette that the commission has experienced an uptick in complaints about landlords denying people housing based on their perceived immigration or citizenship status.

Strassburger told the P-G that she has heard from residents who share how painful it is to be a new scapegoat for the coronavirus pandemic.

“It’s really easy for some people to scapegoat one particular race or ethnicity, and that’s what’s happening,” said Strassburger on April 27. “I know there are some people out there who feel like it’s not safe or comfortable or welcomed wearing a mask looking Asian. Or, if they’re speaking a different language, they’re going to be looked at a certain way.”

Currently, Pittsburgh’s non-discrimination policy in relation to housing prohibits discrimination based on race, color, religion, ancestry, national origin, place of birth, sex, sexual orientation, familial status, handicap, disability or use of support animals because of the handicap or disability of the user, and actual or perceived status as a victim of domestic violence.

The ordinance would add “actual or perceived citizenship or immigration status, or actual or perceived preferred language” to the housing section of the non-discrimination law, and ensuring that real-estate brokers and landlords can’t deny people rentals, home sales, or housing agreements based on those reasons.


Proud to be a Pittsburgher everyday, but today more than usual as Mayor @billpeduto joined @erikastrassbrgr to announce expanded protections for #Pittsburgh's immigrant and refugee communities! https://t.co/QYn7hMjYQM

Other cities across the county have also been experiencing an increase in racism and discrimination towards Asian people. According to the San Francisco Chronicle, more than 1,500 Asian Americans across the U.S. reported discrimination related to COVID-19 in April. Pittsburgh is home to nearly 17,000 Asian people, which is about 5.6% of the city's population.

Some prominent media figures and politicians, particularly conservatives, have attempted to conflate and blame the coronavirus on Asian people, particularly Chinese people, since COVID-19 originated in China. However, it is unclear what led to America’s large spread of coronavirus, but experts have indicated that travelers from Europe.

Currently, the ordinance is co-sponsored by Pittsburgh City Councilors Corey O'Connor (D-Squirrel Hill), Bobby Wilson (D-North Side), Bruce Kraus (D-South Side), Ricky Burgess (D-Point Breeze), in addition to support from Strassburger and Peduto. Strassburger told the P-G a preliminary vote will take place on May 6 and a final vote is expected on May 12.