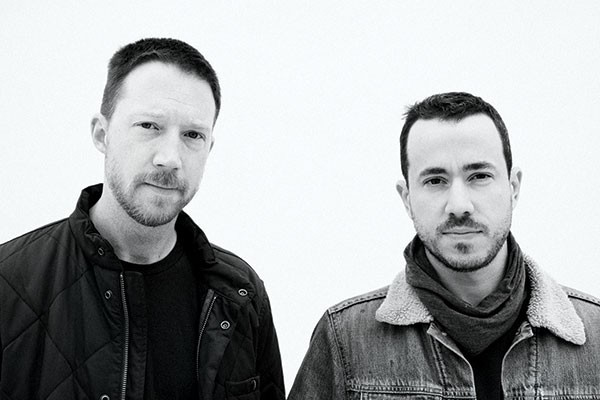 For most bands, a physical separation is the same as a breakup. For Zombi, it was just the beginning of a new era.

After forming in Pittsburgh around 2000, Zombi spent several years making a name for itself, helping put Pittsburgh music on the map, mostly through steady touring.

Then things began to slow down. In 2009, bassist Steve Moore moved to New York City while drummer Anthony Paterra stayed behind to work on his own projects. But the two continued to make music, via file-sharing: In Zombi, synthesizers essentially take the place of guitars, so Paterra would record drums for synth tracks, and Moore would add bass tracks, or vice versa.

“When we first started doing that, it was fun, it was really freeing,” says Paterra. They recorded two well-received records that way — 2009’s Spirit Animal and 2011’s Escape Velocity. But eventually that approach started to get old: The distance affected the music. Those records still sounded like Zombi, but they were a bit more sterile, a little less human.

“There was that period where it seemed like everything became a little too produced or clean,” Paterra says. “[We both played] in these kind of post-punk bands back in the day, and we still like that rawness to come across.”

From the beginning, Paterra and Moore’s musical partnership was built on a love of the British prog rock of King Crimson and Yes, and the band Goblin, which scored the soundtracks to horror movies like Dawn of the Dead. Those are the influences most evident in Zombi’s eerie, spaced-out jams, but a strong affection for bands like Van Halen and Deep Purple also shines through. Words like synthwave are invariably used to describe Zombi, but the duo wants listeners to remember that it is, first and foremost, a rock band.

To that point, last year’s Shape Shift was written and recorded with both members in the same room, and the result might be the most rocking and fully realized entry to the band’s catalog.

“When you get away from [playing and recording in person], you kind of lose a lot of the intricacies … that you would write if you were continually playing together,” Paterra says. “Those little bits of personality are lost when you’re just writing things on your own and then saying, ‘Here’s a finished song, just put drums to this.’”

It’s also notable that, unlike those last couple records, most of the songs on Shape Shift can be recreated live. “We wrote it with that in mind, and that sets certain limitations on what we can do, but it is nice knowing that we can pull it off in a live setting.”

Zombi remains a long-distance band — Moore lives in New York state and Paterra’s solo project, Majeure, will hit the road with Vancouver’s Black Mountain in June — so tours are rare. Last November, the duo went out for two weeks, for the first time in two years. This tour, built around an appearance at Moogfest in Durham, N.C., is just eight shows. But playing together in person always feels good.  “I love it,” Paterra says. “I know Steve missed it as well. ... We’ve played so many shows that now to go out and do less than 10 shows is kind of a nice thing.”