“I was thinking every baby should have the best beginning.” 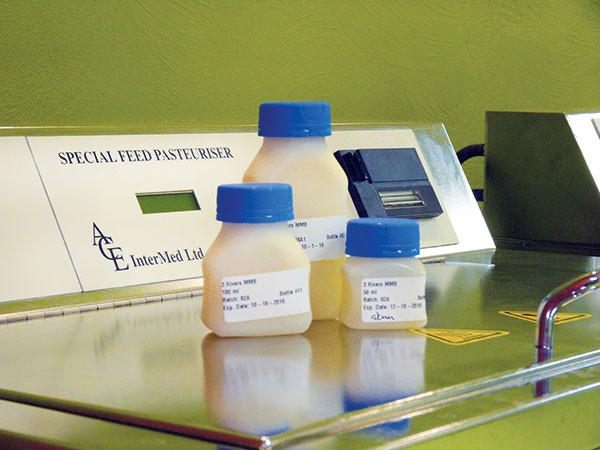 Pittsburgh Go: Catch Pokémon and get healthy around Pittsburgh

Last spring, the Three Rivers Mothers’ Milk Bank set up shop in an unassuming concrete building on Penn Avenue in Pittsburgh’s Strip District. There’s no big sign outside touting it, but the 80,000 ounces of donated breast milk that have come through the building’s doors have fed well over 200 babies in Western Pennsylvania and New Jersey.

The office — with pastel-colored walls — houses the usual administrative desk and conference areas, but in the back are 10 freezers full of bagged, frozen breast milk and two low-temp pasteurization units that kill off pathogens but let the healthy bacteria live.

In order to deliver safe milk to all of UMPC’s and Allegheny Health Network’s neonatal intensive-care units — in addition to hospitals in Johnstown, Allentown, the state of New Jersey and soon the University of Pennsylvania — milk-bank staff screen donors using a four-step process; it ends with a blood screening that looks for the same things a blood bank would.

The reason for the milk bank: prematurely born infants — whose mothers for one reason or another can’t produce or use their breast milk — are at risk for gastrointestinal complications called necrotizing enterocolitis, a.k.a. NEC, if they don’t receive human milk.

According to research published in the journal Pediatrics, preterm infants who are fed only human milk have a nearly 80 percent reduction of NEC.

“The medical community has realized that our smallest and sickest infants need to be fed with breast milk to achieve the best outcomes,” Dr. Jennifer Kloesz, of Magee-Women’s Hospital’s NICU, said in an official statement on the milk bank. “Unfortunately, not all of these babies’ mothers are able to provide enough breast milk to feed their babies. Having a local-donor milk bank allows us to cover this gap and ensure the best nutrition possible for all of our babies.”

Another big rule at the Three Rivers Mothers’ Milk Bank: Donors are not paid. Payment is a contentious issue in the world of breast-milk banks that revolves around social class and resources for mothers. (Just Google the word “Medolac.”)

“When you have compensation, there are issues,” O’Connor says. “First of all you’ve monetized it, so you may have potential for fraud. Also, what about the woman who is low-income and receiving WIC [Women, Infants and Children food assistance] and she is trying to support other children? Maybe she will end up using formula from WIC and donating her own milk for money.”

But payment wasn’t on the mind of donor Leah Shenot, of Wexford, who has donated about 100 ounces so far to Three Rivers. (For context, a newborn drinks about 3 to 5 ounces every few hours.)

“I was thinking every baby should have the best beginning,” Shenot says. “I couldn’t imagine being in that position, not being able to nurse my baby.”

The breast milk costs $4.15 per ounce, paid to the milk bank by hospitals, or by the family if the baby is sent home with a prescription for human milk. This money pays for overhead costs at the milk bank. That’s why O’Connor’s next step is advocacy — making sure breast milk is covered by insurance and regulated for safety.

“There’s no mandated [health-insurance] coverage here in Pennsylvania,” O’Connor says. “In some areas [of the state,] some hospitals have less means. It can also be a barrier [for families] that there is no insurance reimbursement for donor milk.”