Miller broke into Pittsburgh's rap scene, and he was found dead in his Los Angeles home on Sept. 7 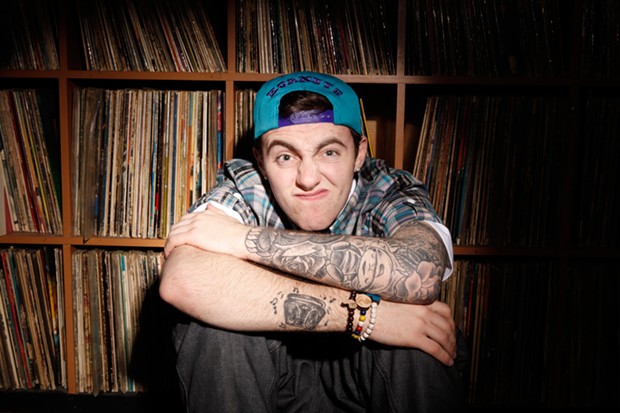 Miller was found in his Los Angeles home and pronounced deceased on the scene. WESA's Katie Blackley confirmed with the L.A. County coroner that Miller died Friday, and the cause of death was not confirmed.

Miller was scheduled to perform in Pittsburgh at Oakland's Petersen Events Center on Nov. 24.

Miller, born Malcolm James McCormick, was raised in Point Breeze, and graduated from Taylor Allderdice High School in 2010. He broke into the hip-hop scene during his high-school years and even performed at the now-shuttered Shadow Lounge at age 17. He was featured on a City Paper cover in 2011.

In 2012, he admitted to becoming addicted to "purple drank," a mixture of antihistamines and codeine, a prescription level opiate. He told Complex magazine in 2013 that his addiction became toxic at times.


“I was so f*cked up all the time it was bad," said Miller. "My friends couldn’t even look at me the same. I was lost.”


Miller released his fifth studio album, Swimming, on Aug. 3. It contained many lyrics that referenced his drug use. His now ex-girlfriend, singer Ariana Grande, revealed on social media that she was worried about Miller's safety because of his substance abuse.

Miller is survived by his mother Karen Meyers and father Mark McCormick.

The news has hit some Pittsburghers who knew Miller personally especially hard.

Mac Miller was a good dude who came into the Hip-Hop scene in Pittsburgh very authentically. He never tried to be anything but himself. Loved seeing him evolve artistically. Heartbreaking to see him pass so soon