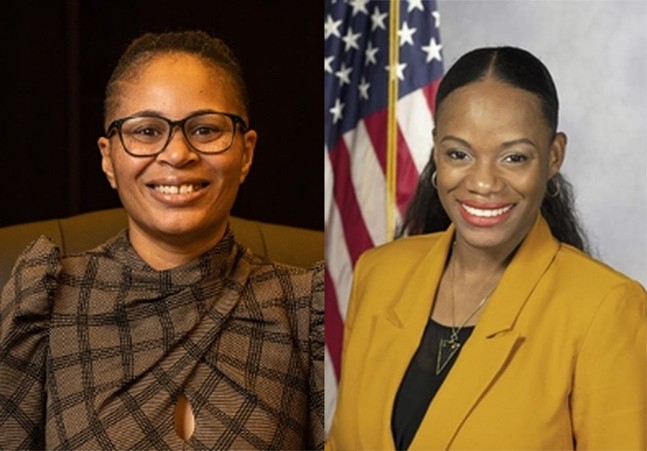 Allegheny County Councilor Liv Bennett (D-North Side) called for an election conducted completely by mail, echoing Allegheny County Executive Rich Fitzgerald’s calls from yesterday. Both Bennett and Fitzgerald said in-person voting could lead to too much contact at a time when social distancing is still necessary to slow the spread of the virus.

“I stand for all mail-in ballots,” said Bennett during the town hall. “We should not be encouraging people to come out to a poll, including poll workers.”

Aside from encouraging voting, Bennett also discussed her advocacy at the Allegheny County Jail. She has joined advocates and other county councilors in calling for the jail to release non-violent inmates as a way to slow the spread of coronavirus. This weekend, the jail reported that a third inmate had tested positive for COVID-19.

State Rep. Summer Lee (D-Swissvale) also spoke during the 1Hood town hall. She told attendees about her bills to institute a statewide rent and mortgage freeze, and how those bills were disregarded under the Republican-controlled state House.

“We can’t have a rent freeze without talking about affordability,” said Lee. “We have to find a way of leading the conversation and pressuring our leaders to these things.”


All workers are essential. Respect them. Protect them. Pay them!

Lee acknowledged the aid coming to many Pennsylvanians from the federal government but said the state should also be providing aid and protection to vulnerable Pennsylvanians. She said the state legislature should increase funding to get health-care workers and other essential workers enough Personal Protective Equipment (PPE).

“When we are talking about nurses, nurses aides, and others, those are Black people working those jobs,” said Lee. “There are some nurses that are being expected to recycle PPE.”

She also brought up how the Kane Community Living Center in Glen Hazel has experienced a high amount of coronavirus infections and deaths, which could be impacting the high proportion of Black residents there and in Glen Hazel.

Lee noted that she and other Democrats are working today to ensure that being classified as essential workers during the coronavirus comes with hazard pay and the ability to take off when they are sick. She also mentioned the efforts by Republicans to pass a bill to reopen many businesses that were shut down due to Gov. Tom Wolf’s (D-York) order.

She said that if the state were to open too quickly, it’s likely that a disproportionate amount of Black workers would be put on the frontlines and could be susceptible to contracting COVID-19.

“We know Black people are going to be the most impacted by this,” said Lee. “We need to talk about the real life implications of opening up too soon.”

Lee told the town hall audience that only by pressuring representatives would they respond to the needs of the Black community. She said Pennsylvanians need a Universal Basic Income during the pandemic, not just the one-time payment from the federal government.

“We got to organize. Of any bill I have introduced, it has never even been sent to committee for a vote,” said Lee. “Our biggest opponent is Republicans. I hate to say it like that, but reality is when they have a majority, they control all the bills we vote on.”