“I thought that if I did it on Kickstarter, it would be a fun way to get people interested and involved.” 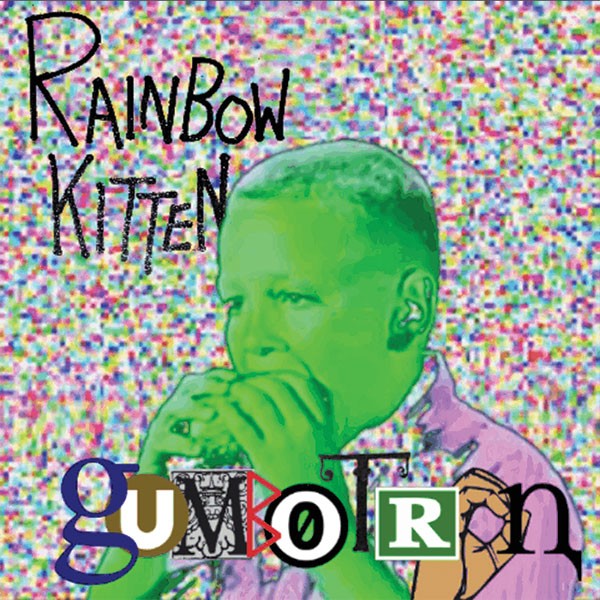 The money and the material for Rainbow Kitten’s forthcoming album, Gumbotron, came from his fans. The Pittsburgh-based artist, real name Mike Traficante, set up a Kickstarter campaign inviting people to send him audio recordings of everyday noises and donate the funds to make the album. The bigger the donation, the bigger the role of the sample on Gumbotron.

“I had the idea that I could do something really large-scale-collaborative if I got a bunch of people to send me sound clips. I thought that if I did it on Kickstarter, it would be a fun way to get people interested and involved,” says Traficante. “It would give me a limited palette, and I’d have to come up with something based off what people sent me.”

At the $35 pledge level, backers could send him a sample from which he would create an entire song. They’d also get to name it, as is the case with one of Traficante’s favorites, “You Only Live Eighteen Times.” One-dollar donations yielded a hug or high-five by request; $500 donations would buy a second album. As he explains it on the Kickstarter page, “You just paid for the whole thing!! So I’ll make two.”

So far, he’s received somewhere between 20 and 30 samples, including tracks from Italy and the U.K. The sounds range from parking lots to giggling children to pairs of agitated cats.

“For some people, it would be fun to send me something awful and see what I can do with it,” says Traficante. “I was up to the challenge.”

One of the first tracks completed for the album was “Supermarket Sweep,” culled from a checkout line at a grocery store. It’s pretty hypnotic on the front end, and gets oddly funky by the second minute. It’d sound right at home on Aphex Twin’s Soundcloud or on pretty much any Ricky Eat Acid record.

The Gumbotron Kickstarter launched in late September 2015 and was fully funded in six days. Traficante’s been accepting samples since that time and will close submissions on July 1, at which time the last step of production and composition begins.

Gumbotron is due out in September 2016.