“The objective is to join together and pool our collective resources and challenge one another to continue to put out high-quality art.” 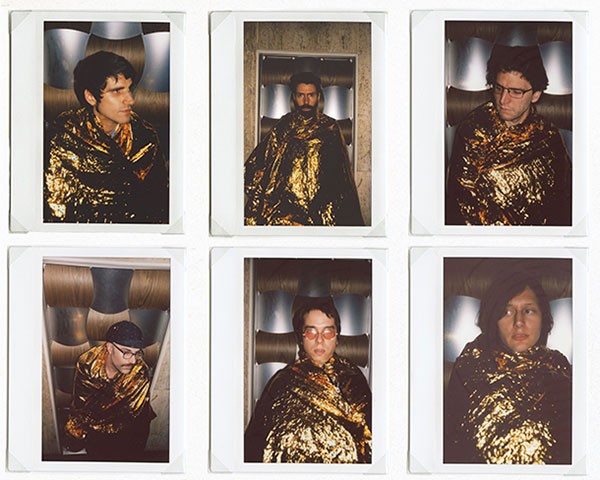 Beginning this week, all four bands will join together under the umbrella of a new musical collective, Golden Magnet.

“The great thing about putting records out in 2016 is no one’s making money anyway,” says Jesse Ley, drummer and founding member of Delicious Pastries, laughing. “Right now, the objective is to join together and pool our collective resources and challenge one another to continue to put out high-quality art.”

The collective began as a conversation between ambient-dream-pop trio Sleep Experiments, indie-rock quartet Mariage Blanc and a mysterious third band that first presented the idea and has since backed out.

A common thread between the Golden Magnet bands is not immediately apparent. Matt Ceraso, guitarist and songwriter for Mariage Blanc, calls it “off-kilter indie rock and pop.” David Bernabo, one-half of Host Skull, praises the “harmonic complexity” of each band. “No one is just doing power chords,” he says.

For now, the collective’s members new partnership becomes official with the Fri., Aug. 26 release of a new single from Delicious Pastries, “Pygmalion Cantations.” It’s a bouncy, tambourine- and synth-filled turn of psych pop, which Ley adds was commissioned by a private filmmaker for inclusion in a project next year.

Ceraso says no one’s quite sure yet what Golden Magnet will evolve into, but he wants it to remain a “flexible entity.” He says there has been talk between members of physical releases, one-off collaborations, and even a musical showcase in Oakland early next year, in an attempt to incorporate university students into the local music scene.

“I know when I went to Pitt, I didn’t even know there was a music scene in Pittsburgh,” says Ceraso.
He and Bernabo fondly recall vibrant periods of the Pittsburgh indie scene. Ceraso waxes nostalgic for the late 2000s, when bands like his, The Harlan Twins and Meeting of Important People could pack a venue like Brillobox on a Tuesday night. Bernabo speaks fondly of an earlier time, in 2002, when Roboto II was still open.

“I think that’s probably true for everyone in the collective,” says Bernabo. “Everyone felt at some time in Pittsburgh there was a scene they felt they belonged in. And just like everything, it dissipates. This is an intentional way to recreate that community.”

Ley and Ceraso both cite Athens, Ga.’s famed Elephant 6 Collective as an obvious inspiration. Jeff Baron, longtime member of E6 bands The Ladybug Transistor and The Essex Green, writes via email that being part of that collective was “extremely inspiring and quite an impelling force.”

“It was a badge of honor that we took seriously,” writes Baron, who now lives in Vermont. “No one wanted to produce something subpar that might tarnish the collective as a whole, let alone their individual group.”

It’s exactly what Ley hopes Delicious Pastries gains from Golden Magnet. “To be associated with bands of that caliber — we need to up our game and really bring it.”