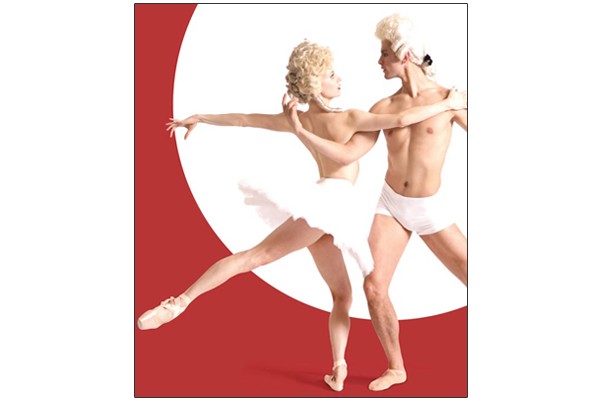 For Pittsburgh Ballet Theatre's first production at the August Wilson Center for African American Culture, PBT artistic director Terrence Orr looked to his past to choose two familiar ballet gems, and added a third from frequent guest choreographer Dwight Rhoden. The result is an aesthetically diverse and absolutely brilliant repertory program made even richer by live music, stellar dancing from the company and an intimate theater setting.

Nahat's twisting and turning choreography for the work's 17 dancers had a buoyancy and grace that was both delicate and technically challenging. Highlights include an early section where a small group of dancers moved as if they were angels slowly articulating their wings; an eloquent second-movement pas de deux that ended with Robert Moore lifting Julia Erickson in a beautiful arching overhead lift; and an equally expressive third movement pas de deux, effortlessly delivered by Nurlan Abougaliev and Amanda Cochrane.

Next came choreographer Mark Morris' "Maelstrom" (1994), set to Beethoven's Trio No. 5 In D Major, Opus 70, No. 1 ("Ghost"). It opened with a dozen dancers laying out a barrage of movement patterns that would repeat throughout the ballet. Looking a bit stiff at first in Morris' hybrid modern-dance/ballet choreography, the dancers and the ballet got on track when Beethoven's music shifted from upbeat to stormy, and Morris' choreographic genius began to reveal itself. Sumptuous movement patterns erupted, with the dancers leaping and turning in a non-stop display of visual delights. Utterly captivating was the performance of Elysa Hotchkiss, whose supple movements radiated throughout the 32-minute ballet.

Uncommon concluded with the world premiere of Rhoden's "Chromatic," set to music by J.S. Bach. Rhoden's signature elongated and off-center movement language is usually delivered at breakneck speeds. But it was surprisingly tempered in "Chromatic," allowing each elegant torso-contorting movement and gravity-defying partnered lift to delightfully develop before our eyes.