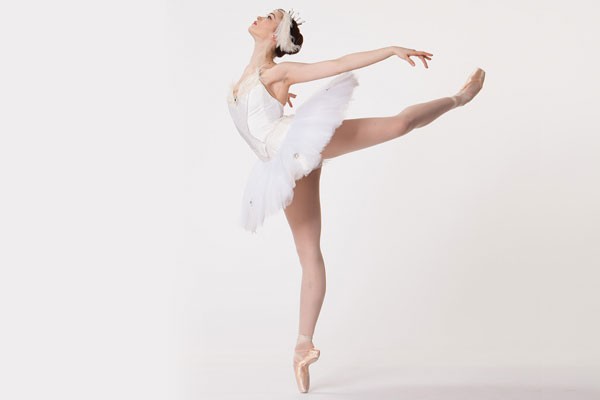 While Pittsburgh Ballet Theatre is one of the nation's top ballet companies, its school also has a reputation for turning out top talent. The school draws dancers from around the world to hone their skills in preparation for a professional career. A highlight of that training is the annual Pre-Professional Showcase, May 17-19 at Point Park University's George Rowland White Performance Studio.

For area dance fans, the showcase is an early look at some of the high school and graduate-student dancers, ages 14 to 22, who will soon populate companies including PBT. One such dancer is Willoughby, Ohio, native Diana Yohe, who will join PBT as an apprentice next season.

Yohe, 18, trained at Cleveland City Dance and Joffrey Ballet's trainee program before entering PBT's graduate program. She'll dance lead roles in two of the showcase's six works. At the matinee on Sat., May 18, she'll perform the role of the white swan Odette in Act II divertissements from Marius Petipa's classic ballet Swan Lake. It's staged by PBT artistic director Terrence Orr, who Yohe says calls the role as a "thinking game." Adds Yohe, "You have to picture each step you do in your head. They can go perfectly or come out terribly wrong. Your job is to still make them look beautiful."

Yohe will also be featured in Michael Smuin's 1978 ballet "Quattro a Verdi" (7 p.m., May 18, and 1 p.m. May 19). Staged by PBT School's newest faculty member, Andre Reyes, and set to opera music by Giuseppe Verdi, the ballet is a virtuoso pas de quatre that pays homage to Petipa's classic pas de deux formula, only with four dancers instead of two.

"It's super-energetic and the hardest thing I have danced so far," says Yohe.

Also on the program will be: David Lichine's one-act ballet "Graduation Ball"; August Wilson Center Dance Ensemble member James Washington's celebratory work "Beauty, the Lack Of," set to music by Olafur Arnalds; the classic Italian "Tarantella" dance; and "Prossimo," a new ballet by Reyes for 12 male dancers that he calls "a showcase for the boys to do what they live to do."

Of the showcase, Orr says, "It's very much a full-fledged production and quite challenging for the dancers."