“She is a very determined young girl who will not be moved.” 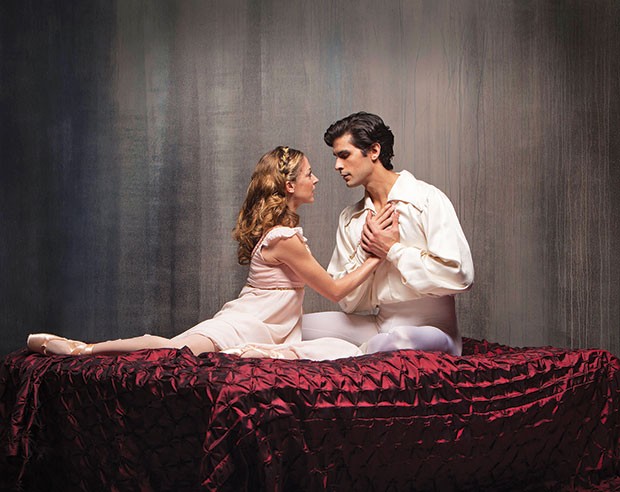 8 p.m. Fri., April 21; 2 and 8 p.m. Sat., April 22; and noon and 4:30 p.m., Sun., April 23. Benedum Center, 719 Liberty Ave., Downtown. $28-108. 412-456-6666 or pbt.org
Easily the worlds’ most popular love story, Shakespeare’s Romeo and Juliet has inspired countless plays, movies and dance productions, not to mention recordings of Sergei Prokofiev’s iconic score for the ballet. In its 48-year history, Pittsburgh Ballet Theatre has performed several versions, including Daniel Pelzig’s, in 2001, and Jean-Christophe Maillot’s contemporary masterpiece, in 2009. The company adds another to the list April 21-23, when it presents the North American premiere of British choreographer Derek Deane’s Romeo & Juliet with the PBT Orchestra, for five performances at the Benedum Center.

Deane, a former principal dancer with England’s Royal Ballet, created the work for the English National Ballet in 1999. He says it was a challenge to step from the shadow of Sir Kenneth MacMillan’s legendary 1965 Romeo and Juliet production for The Royal Ballet. “I was brought up on that,” says Deane, interviewed here in January, during PBT’s rehearsals for the show. “I danced it a hundred times, I did [the roles of] Tybalt, Benvolio and Romeo, and to try and get away from it was so hard because it is sort of in your blood.”

Deane says he did so by making Juliet a very dominant character. “I tried to unbalance things a bit and make Juliet the strength, and not Romeo,” says Deane. “She is a very determined young girl who will not be moved.” Deane says he also made Tybalt a younger character, instead of what he calls “a nasty-uncle type.”

From YouTube clips of Deane’s ballet, and in watching rehearsals of it this past January at PBT’s studios, I got the sense of the production’s expansiveness and of Deane’s faithfulness to Shakespeare’s universally known story as well as the classicality of Deane’s choreography for it. Unlike some ballet versions that alter the score or switch up the ending, Deane says he uses Prokofiev’s “exquisite music as is,” and that Juliet gets “the big stab” at the end.

Romeo & Juliet is the second of Deane’s ballets that PBT will perform this season, after his Alice in Wonderland. (Here’s my review for CP.) And while Deane strived to set his work apart from his mentor MacMillan’s, that same pedigree for creating memorable ballet magic remains.