Pittsburgh Ballet launches its 45th season with The Sleeping Beauty 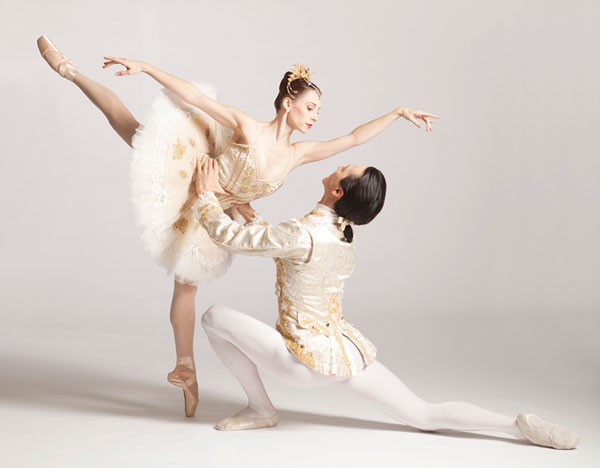 In a great story ballet, the principal roles provide the emotional adrenaline and the corps de ballet the pulse. The corps creates the world for the main characters to play off of, and is integral to advancing the narrative and creating much of the beauty audiences associate with such ballets. What would Swan Lake be without its swans, or Giselle without its ghostly wilis?

For its part, the classic The Sleeping Beauty has a multitude of roles that audiences shouldn't sleep on. Letting one's eyes wash over the many corps roles adds depth to the experience and nuance to the familiar tale of the cursed princess Aurora and her prince.

On Oct. 24-26, at the Benedum Center, Pittsburgh Ballet Theatre opens its 45th season with its lush production of Sleeping Beauty. PBT's corps de ballet has five new members; one of them, Marisa Grywalski, is getting her first real taste of life in the corps and the rigors of dancing in more than a half dozen roles, including the Fairy of Beauty (in the Oct. 25 matinee). That character's solo is "quick and you need to show picture-like moments in it," says Grywalski, 23. (The others new corps members are Michaela King, Masahiro Haneji, Jake Unger and Lucius Kirst.)

Entering her eighth season in the corps, by contrast, Danielle Downey is accustomed to dancing multiple roles. Her experience has earned her ever more visible roles, including the White Cat in a playful third-act pas de deux she will dance alongside partner Cooper Verona, as Puss 'N Boots (in the Oct. 24 performance and Sunday's matinee). "We have a feisty relationship," says Downey, 27, an Erie native.

Set to music by Tchaikovsky, performed live by the PBT orchestra, and with choreography after Marius Petipa, The Sleeping Beauty is staged and directed by PBT artistic director Terrence S. Orr.  The two-hour production features regal costumes and sets originally created for the Royal Ballet of London. These include a jeweled snake-and-spider costume worn by the evil fairy Carabosse (a.k.a. Maleficent in the Disney tellings) and her ghoulish carriage that will careen onstage in a swirl of fog and thunder.