The Pittsburgh arts and culture scene has become more inclusive to patrons with disabilities, but more needs to be done 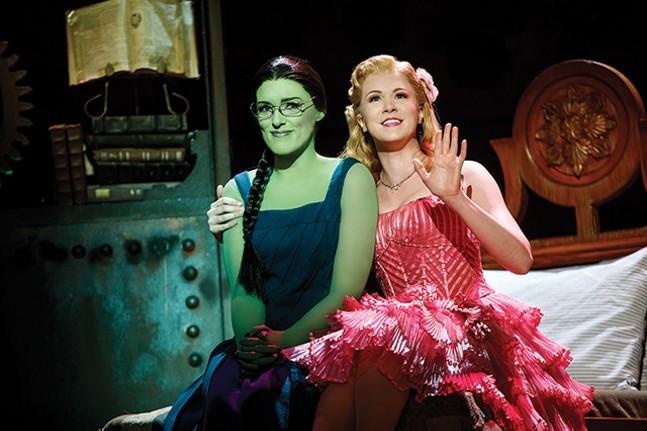 Joan Marcus
The Pittsburgh Cultural Trust presented an autism-friendly performance of Wicked at the Benedum Center earlier this year.

Over the past few years, the local government and nonprofit sectors have launched various initiatives to ensure that everyone feels included in what many refer to as “the new Pittsburgh.” The same goes for the city’s arts community, particularly in the area of accessibility. But while Pittsburgh has made great strides in trying to accommodate everyone, arts leaders know more needs to be done.

Vanessa Braun joined the Pittsburgh Cultural Trust seven years ago as the director of accessibility and manager of employee engagement. Under her leadership, the organization has made some improvements — in addition to providing Braille and large-print programs, ASL interpreters, and Descriptive Video Service (DVS), the Trust now makes it easier for visitors to buy handicapped seating online and better publicizes what services they offer on their website and printed materials.

“We’ve added a lot over the years and we always look for the next thing that’s coming down the pike,” says Braun, who is visually impaired and uses a guide dog.

The Carnegie Museums have aggressively explored ways to improve accessibility. The organization partnered with local groups such as the Library for the Blind, Blind and Vision Rehabilitation, and Creative Citizen Studios to assess the programming needs of visitors with disabilities. Museum staff recently received training from Art Beyond Sight, a New York-based consultancy that specializes in providing arts education to blind adults and children.

“The Americans with Disabilities Act and other civil rights regulations, building codes, and guidelines have been in place for many years to help organizations fully serve visitors and staff with disabilities,” says Carnegie Museums director of corporate communications, Betsy Momich. “But over the past four years, we’ve turned an even more focused eye on compliance, customer service, and best practice.”

The museums host a variety of tours, special programs, and tools designed for patrons with disabilities, including The Warhol’s audio descriptive guide, Out Loud, sensory-friendly events, and summer camps for children who are hearing impaired — there are even CMOA tours for people with dementia.

But the city’s outdated infrastructure remains a challenge. Local music venues, many of which occupy renovated buildings constructed before ADA compliance regulations, feature the dreaded stairs, stoops, and other hazards that make it difficult for patrons with wheelchairs or limited mobility. Braun admits that the same goes for many of the Cultural Trust theaters.

“We need some more wheelchair accessible seating in some of our bigger theaters,” says Braun, adding that they always consider expanding wheelchair-friendly elements when planning renovations.

One major development in the arts scene is expanding the definition of disability to include autism. Unlike physical disabilities, those on the autism spectrum require a more customized experience. As a result, many local arts organizations, including the Trust, the Carnegie Museums, and the Pittsburgh Symphony Orchestra, offer sensory-friendly performances, which remove elements like loud, jarring sounds or strobe lights. 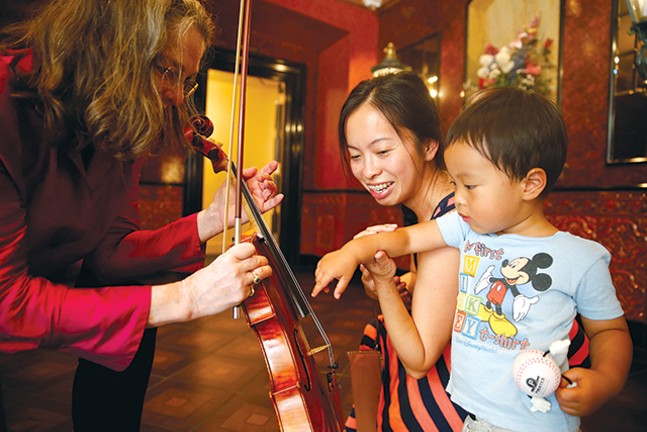 The immersive theater company, Bricolage, created original sensory-friendly shows with Welcome to Here and Forest of Everywhere. To get it right, representatives from Arts for Autism, Evolve Coaching, and Firefly Productions consulted on the projects. Grayson Rumsey, an actor with autism, also served on the creative teams for both productions.

“One of the things [Grayson Rumsey] did right away was look at the script and say, ‘there are too many words in this,’” says Bricolage co-founder and principal creative, Tami Dixon, adding with a laugh, “I was the writer.”

But making shows more accessible can prove extra challenging in an immersive theater environment with various auditory, visual, and tactile elements. This could mean providing a secondary space where staff members recreate the experience as best they can with modifications, such as adding speakers so deaf patrons can “hear” the music being played via vibrations. 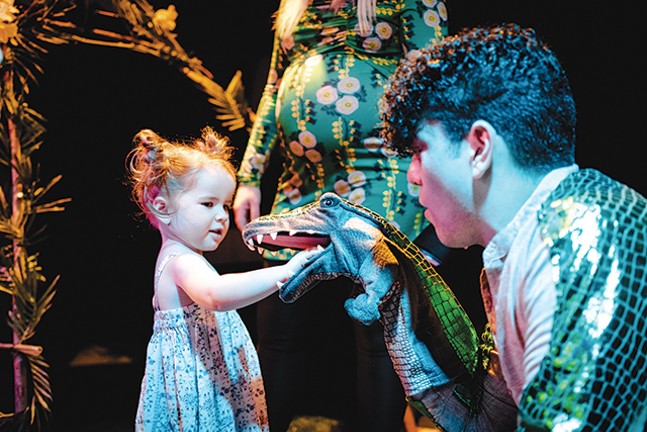 “It’s not an equal experience, but it’s an equitable experience,” says Dixon.

But while live theater can be customized for patrons, film is another story. Row House Cinema in Lawrenceville opened in 2014, and while they were able to integrate wheelchair-accessible bathrooms and seating into the small, single-screen space, catering already-filmed content to suit the needs of those with visual or hearing impairments or with autism proves more difficult.

Row House general manager, Theo Ackerson, says the theater provides a number of resources for patrons with disabilities, including DVS and small, individual closed-caption screens. But he admits that films, especially older ones, often lack closed captions, and the technology they use doesn’t always work as it should.

Ackerson says the theater is working on making more screenings accessible to everyone.

“The last thing we want is for someone to come here who needs accessibility options and we’re not able to do it,” he says. “That has happened and it makes me feel really sad.”

Even while the city arts scene tries to keep up with the needs of patrons with disabilities, Dixon cautions against hurrying to “check off boxes” and instead take the time to communicate with certain communities and carefully consider their actual needs.

“Let’s not be in a race to be where we’re not,” she says. “The way to go about it is to try to be transparent, try to educate ourselves, try to make relationships, and be open to hearing criticism when we get it wrong or could do it better.”