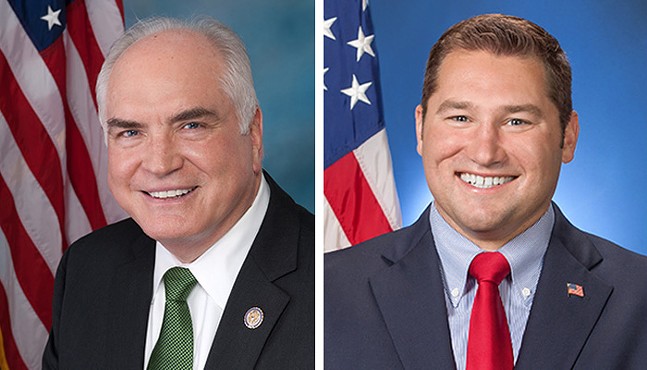 Mike Kelly and Guy Reschenthaler
On Mon., Dec. 28, the U.S. House passed a standalone bill that would add $1,400 to the checks that are to be sent out to every American as an economic stimulus in response to the ongoing coronavirus pandemic. Last week, Congress passed an omnibus bill that provides economic relief across many sectors, which included $600 checks sent to every American.

President Donald Trump ultimately signed that omnibus bill, but signaled his support for expanding the $600 direct payment to $2,000. House Speaker Nancy Pelosi (D-Calif.) agreed and an amendment was brought up to raise the direct payments to $2,000 for every American. That amendment passed with overwhelming support from Democrats, including Pittsburgh-area U.S. Reps. Mike Doyle (D-Forest Hills) and Conor Lamb (D-Mt. Lebanon), as well as the backing of 44 Republicans.

But not Republicans from Western Pennsylvania. Both U.S. Reps. Mike Kelly (R-Butler) and Guy Reschenthaler (R-Peters) voted against the amendment to raise the direct cash payments from $600 to $2,000.


Area Republicans Mike Kelly and Guy Reschenthaler voted against a bill to raise COVID benefits to $2,000 -- something Trump had called for and Dems seized upon. (Area Dems Mike Doyle and Conor Lamb both voted yes). Kelly's statement below. pic.twitter.com/ANfEftcV4t

Polling has shown that a large majority of Americans support $2,000 direct payments as part of COVID relief. According to a recent Business Insider/Surveymonkey poll, even 72% of respondents who voted for Trump believe stimulus checks should be greater than $600, with 33% of those Trump supporters saying the payments should be at least $2,000.

In a statement, Kelly blamed Gov. Tom Wolf and coronavirus-related business restrictions for the economic downturn and said that he supports providing direct economic relief, but said the effort to increase the payment misses the mark.

“This stimulus check expansion misses the mark because it is not targeted to people who need it most and ignores President Trump's call to reduce wasteful government spending,” said Kelly in a statement. “Our path forward must include direct relief, spending cuts, and opening the Commonwealth's economy so families can go back to work."

Reschenthaler has yet to provide a statement on his vote against the $2,000 direct payments, but last night he signaled his opposition to Democrats and blamed Pelosi saying she “delayed COVID stimulus for almost 6 months.” The U.S House, with the backing of Pelosi, passed the HEROES Act COVID-stimulus bill in May. Reschenthaler voted against this bill, and it was never brought up in the Republican-controlled Senate.

Lamb, who supported the vote to increase direct payments to $2,000, called out Senate Majority Leader Mitch McConnell (R-Kentucky), who is the main obstacle to the $2,000 payment amendment seeing a vote in the Senate. The amendment would need to clear the Senate before it can reach Trump, who supports the measure.

“We’ve asked people to sacrifice a lot this year for the sake of public health — jobs, businesses, wages and working hours, time with loved ones,” said Lamb in a statement. “And working families have been forced to wait far too long for their government to provide any support to make those sacrifices just a little bit easier. Mitch McConnell should not make them wait any longer, but he will. We know that about him.” 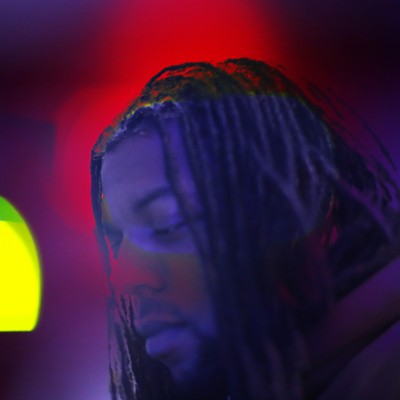