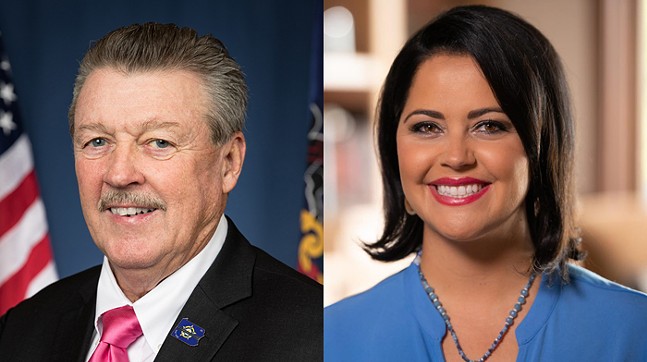 While nearly all of the ballots have been counted in the district, there are potentially still some out there, and hundreds of mail-in ballots from Allegheny County, that have not officially been added due to a pending court decision.


ANOTHER UPDATE. SD-45 race is TIED

Earlier this week, the Allegheny County Board of Elections ruled 2-1 that about 2,300 mail-in ballots in the county that were completed correctly, arrived on time, and signed but lacked written dates on their declaration envelopes should be counted. According to David Kaplan of WTAE, there are 313 ballots of those 2,300 mail-ins that reside in state Senate District 45, which includes McKeesport, much of the upper Mon Valley, most eastern Allegheny County suburbs, as well as New Kensington and its surroundings in Westmoreland County.

But those 313 ballots have not been counted yet because Ziccarelli appealed the county Board of Election’s decision. That decision was upheld by Allegheny County Common Pleas Judge Joseph James on Nov. 18. Then, yesterday, a Commonwealth Court judge reversed that decision and remanded it back to the lower court. The decision could ultimately wind up in the state Supreme Court, as the Ziccarelli campaign has also appealed to the state's highest court.

Ziccarelli’s appeal was based on an objection that ballots without a signed date (even ballots that were received on or before Election Day) shouldn’t be counted because the letter of the law states that mail-in ballots must be signed and dated. However, the Allegheny County solicitor argues that state election law leans toward enfranchisement, and since voters weren’t exhibited any intentions of fraud, the votes should be counted.

So far, mail-in ballots in Allegheny County have broken strongly for Brewster.

Some Pennsylvania counties, like Philadelphia and Montgomery, have ruled ballots like these should be counted. While others, like Westmoreland, have disallowed them. Even if the mail-in ballots are counted, the result will almost certainly be close enough that a recount will occur.

The current tie has captivated some on social media, who are reminding people that in some elections, literally every vote matters.

Some even joked that if the race did end in a tie, that it should be settled with the help of a groundhog or a pierogie race. In reality, ties in Pennsylvania are settled by a “casting of lots,” which can mean many different tie-breaking methods that involve cards, marbles, or bingo machines.

And this race is not completely insignificant. While the outcome either way won’t flip control of the state Senate, which is safely in Republican hands, if Ziccarelli were to prevail, the GOP would net a state senate seat this cycle and increase its caucus in Pennsylvania’s upper legislative chamber. It would also be a culmination for Allegheny County Republicans, who have already flipped a state House and state Senate district within the county, as well as defended all their vulnerable districts. For Democrats, it would be an impressive defensive victory in a district that Trump carried in 2016.

Additionally, the state Senate is only composed of 50 total seats with four-year terms, so every district is important.