The 1,050 unit complex was previously owned by White House advisor Jared Kushner from 2011 to March 2017 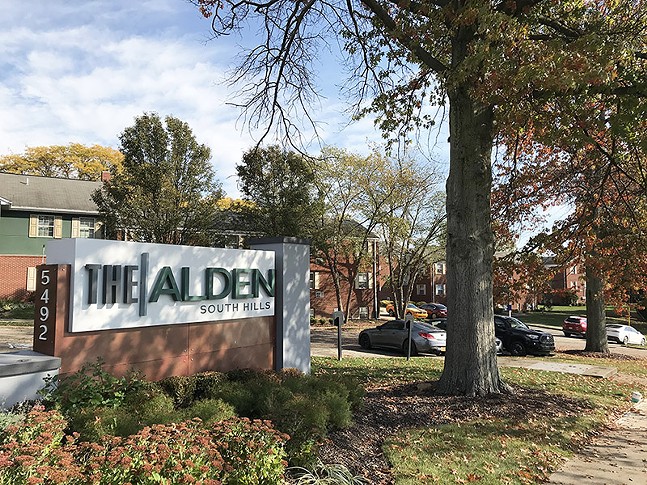 Pittsburgh City Paper reviewed many of the eviction complaints filed, and most of them were for nonpayment of rent, sometimes only partial nonpayment. An eviction moratorium order from the Centers for Disease Control and Prevention was issued on Sept. 4 that halted evictions nationwide except under certain circumstances, like tenants engaging in criminal activity, threatening the health and safety of residents, and/or damaging property. Pennsylvania's eviction moratorium expired on Sept. 1.

According to the CDC order, evictions are prohibited if the sole purpose of the eviction is for lack of a “timely payment of rent or similar housing-related payment.” All of the eviction complaints were filed about one week after Oct. 1, when rent was due, and for some tenants facing the complaint, October was the first month they missed rent.

Two tenants who spoke to CP on the condition of anonymity said that October was the first month they had failed to pay rent on time. One of the tenants said that they were dealing with the deaths of two family members, causing them to fall behind on rent. Both had only lived at The Alden South Hills since July of this year.

They missed their $825 rent payment this month, but asked management if they could pay it off little by little. Both tenants said their lease is up in September 2021. They said Judge Kaiser didn’t grant Leland Point Owner LP the eviction, and instead gave them until November to make rent. “We are going to pay this. I am angry they brought us down here,” said one of the tenants, who had to call off her job as a sales representative to go to court. It's unclear if Judge Kaiser has granted any evictions so far of the 44 complaints.

After missing the payment, Leland Point Owner is now charging the tenants who spoke to CP an additional $375 in fees on top of the $825. Lawyers on the scene also mentioned that other complaints were extended to November by Judge Kaiser. According to court filings, three of today’s 24 complaints have already been withdrawn.

Another tenant who spoke to CP said that he was able to make his payment, and so avoided any possible eviction. According to the complaints, Leland Property Owner was also charging tenants $110 in court fees as part of their complaint, on top of the back rent they owed.

Today, a bevy of renter-assistance organizations were present outside the magistrate court from 9-11 a.m. in order to provide free guidance to tenants who were facing eviction complaints. A team of lawyers from the Pittsburgh branch of Neighborhood Legal Services were present and spoke to tenants before and after they went into court.

COVID occupancy restrictions prevented CP, and many of the lawyers, from being inside the courtroom during proceedings. According to court filings, 25 of the 44 complaints were for missing payments of less than $2,000. Considering that Leland Point Owner was charging $110 in court fees and allegedly hundreds more in late rent payment fees, some tenants were likely only behind on rent to the tune of a few hundred dollars. Only one tenant owed more than $7,000 in payments.

CP reached out to The Alden South Hills for comment, and was directed to AION Management, a property management firm based in Philadelphia. Multiple requests for comment to AION were not immediately returned.

The coronavirus pandemic shutdowns started in March, and Pittsburgh unemployment skyrocketed as a result. The Pittsburgh region has added more than 16,000 jobs since September as the economy is slightly rebounding, but overall regional unemployment is still at rates higher than the worst part of the Great Recession of 2008-9. It’s even worse for Pittsburgh’s leisure and hospital industry, which is down more than 30% compared to this time last year.

A representative from Pittsburgh Union of Regional Renters was also present outside the magistrate court today. The advocacy group has been providing guidance on how to apply for rental assistance to tenants who are facing eviction complaints. The state's rental assistance programs has been mired with problems, and fixes for it are still awaiting passage in the state legislature.

The PURR representative said today’s volume of eviction complaints at one courtroom in one day is rare. Typically, the volume is about seven complaints a day at magistrates across Allegheny County. Today, there were 24 just from Leland Property Owner LP, as well as two others.

Both Neighborhood Legal Services and PURR received late notice of this attempted large-scale eviction, with lawyers saying they got emails late last night that their services would be needed in Baldwin.

PURR criticized owners of The Alden which was formerly known at The Residences of South Hills and Leland Point before that. PURR called out owners for abetting in an attempted mass eviction against refugees and other vulnerable neighbors.

The majority of tenants who attended court today were people of color, including several Black people and a couple that needed a Nepalese translator. The Baldwin-Whitehall area is home to a significant number of Nepalese refugees.

"The Pittsburgh Union of Regional Renters (PURR) calls on all people who do not own their homes to see themselves in this struggle. Plenty already do,” reads a statement from PURR. "With few exceptions, bipartisan consensus is to let poor people suffer for landlords’ profits. That much didn’t change under COVID. Neither did our need to come together as renters across the county to fight for each others’ human right to a home.”

Kushner, who is President Donald Trump’s son-in-law, serves as a senior advisor to the president and heads the White House Office of Innovation. According to the Pittsburgh Post-Gazette, he partnered with a company called Square Mile Capital to purchase The Alden South Hills property from Leland Point Holdings LLC in June 2011 for $9.9 million. Kushner’s company made several changes to the property, including reducing the occupancy rate from 65% to 50% in order to purge the rent roll of some tenants, as well as reject or remove tenants with poor credit scores and lengthy criminal reports. As of 2017, ownership was also phasing out renting to tenants who rely on Section 8 low-income housing vouchers.

No deed transfer has taken place, and Allegheny County property records still list Leland Point Owner LP as the same mailing address as the Kushner Company. But, a buyer's closing statement shared with CP shows that Kushner Companies sold 100% stake in Leland Point Owner LP to AION on March 30, 2017, which is confirmed in Allegheny County land records from April 4, 2017. All of this occurred two months after the Post-Gazette published its story.

A request for comment to the White House was not immediately returned.

In a 2017 interview with the Post-Gazette, the Kushner Companies defended its changes to the property, which included upgrading many units and building a clubhouse and state-of-the-art fitness center. A Kushner Companies spokesperson said in 2017 that most vacant units were in need of major repairs and when they purchased in 2011, the property was “heavily ridden with crime and vacancy.”

“The residents in occupancy largely did not pay rent,” said the spokesperson in 2017. “By instituting professional management and investing $10 million to build a new clubhouse and leasing center, renovating over 400 apartments and upgrading every hallway, Kushner and its management arm, Westminster, were able to turn around the property in three years.”

It appears the AION has continued upgrades to where Kushner left off. When profiled in 2017, the complex was called The Residences of South Hills. Now, it is called The Alden South Hills and includes a modern sign at its entrance.

But, the current tenants that spoke to CP don’t agree that the property is completely turned around. They said their unit had several bug infestation problems, including “bugs coming out of the drains,” and that fire alarms and detectors were not operational.

“It’s unfortunate that it has come to this,” said one tenant after leaving the magistrate court.EDITOR'S NOTE: City Paper first published a version of this story at 4:15 p.m., mistakenly reporting that Jared Kushner was still the owner of the property. We apologize for the error.