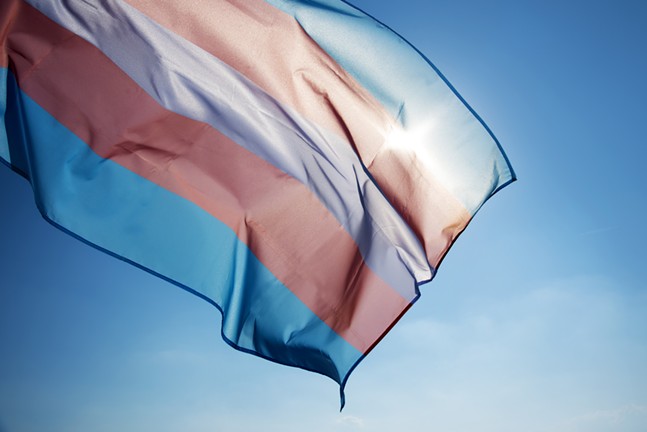 In a study published yesterday by the American Academy of Pediatrics, researchers at the University of Pittsburgh School of Medicine outlined disparities in suicidality between transgender and cisgender teenagers. Led by assistant professor of psychiatry Brian Thoma, the research breaks down suicidality into subcategories based on severity across subgroups of transgender and nonbinary teenagers.

Thoma says there have been few studies on the topic with primary data analysis, and they often lack the nuance needed to understand thoughts of suicide in specific subgroups of gender identity besides the umbrella label of transgender.

The survey used to collect data was distributed through Facebook ads, which also run on Instagram, to U.S. teens 14-18 years old. Participants indicated on the survey the gender they were assigned at birth and their current gender identity. The questions on suicidality — a term used in the research to encompass varying degrees of suicidal thoughts — were divided into categories of passive death wish, suicidal ideation, planning attempt, suicide attempt, and suicide attempt requiring medical care. It also assessed non-suicidal self-injury. (Participants who reported suicidality were provided with a suicide hotline number and other resources.)

“I think it’s really important that future studies use these comprehensive measures of gender identity to make sure they’re accurately identifying transgender adolescents, and then also to allow them to look at rates of suicidality as well as other mental and behavioral health outcomes across these different subgroups,” says Thoma. He hopes these methods can be applied to comprehensive, annual surveys like Youth Risk Behavior Surveillance System survey conducted by the CDC, to track a larger group over a longer period of time.

Thoma also says it’s important to note that, even though his study doesn’t get into the specific causes, other studies indicate that the high rates of suicidality among transgender teens are due to social factors.

“It’s not something about this group inherently that’s causing them to have these higher rates of suicidality,” says Thoma. “But it’s the rejecting social context that they come into contact with in school and in their own homes that is making their lives more difficult and making it so they’re experiencing suicidality more often than their cisgender peers."