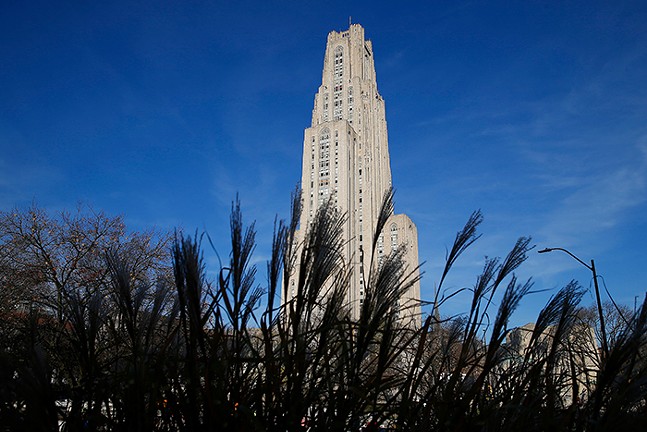 Pitt’s LGBTQIA+ Task Force Proposal offers a snapshot of those experiences for faculty, staff, and students, along with guidance for new practices and institutional support Pitt can provide. In particular, it proposes an LGBTQIA+ center, support services, and the hiring of LGBTQIA+ staff positions.

“A benchmarking exercise undertaken by the LGBTQIA+ Task Force found that all of the University of Pittsburgh’s ‘public peer’ institutions have a staffed LGBTQIA+ Center on campus,” the proposal says. “It is apparent from these findings that the University of Pittsburgh is an outlier for not investing in a dedicated LGBTQIA+ center and adequate staffing to implement such a center.”

Pitt SGBA vice president and chief of cabinet Tyler Viljaste posted the proposal on The Action Network, where people can show their support for the proposal. The proposal is part of the 2021 Report on the Status of LGBTQIA+ Resources at the University of Pittsburgh, which includes faculty and staff responses to the Campus Pride Index questionnaire.

The proposed LGBTQIA+ center at the University of Pittsburgh would give LGBTQIA+ faculty, staff, and students a physical space on the main campus. The proposal recommends the center be housed in the William Pitt Union, although it notes that it would not replace the office space of the Rainbow Alliance, an undergraduate LGBTQIA+ organization. The proposal also requires that the center have gender-inclusive restrooms, a resource library, staff office space for two staff members, and a student office and working space.

The center would have two co-directors, and the proposal recommends LGBTQIA+ community members be part of the national search, including representations from student LGBTQIA+ groups, the Transgender Working Group, and the Gender, Sexuality, and Women’s Studies Program. While the center would be housed on the main campus, the proposal also recommends that it establishes a connection to Pitt’s regional campuses.

“This arrangement is neither sustainable nor appropriate,” the proposal says. “This is more fittingly the work of LGBTQIA+ Center staff members and their Counseling Center affiliates.”

The proposal envisions the center giving greater institutional support for both students and faculty through housing a coalition of LGBTQIA+ student groups as well as creating paid positions for LGBTQIA+ staff members to offer mentoring and support services, which currently fall on faculty and staff across the university, often on a volunteer basis and without specialized training to help students in crisis.

The cover letter that accompanies the proposal also emphasizes the effects of intersecting marginalized identities on the experiences within the LGBTQIA+ community, particularly how they compound the effects of marginalization and can often lead to worse outcomes.

“It’s important for us to center certain narratives of members of the community, specifically those of Black LGBT+ folks, who have been systemically and covertly oppressed within and by the University,” the cover letter says. “This is recognizable even within the LGBTQ+ Taskforce responsible for this proposal, which is comprised mainly of white LGBTQ+ members.”

The page also includes further actions people can take to support the proposal, including a sample letter people can send to leaders in their university departments, along with encouragements to share the proposal on social media and “proactively self-educate.”

“Pitt is committed to ensuring that all members of the LGBTQIA+ community feel safe, respected, and valued on campus,” says Pitt spokesperson Kevin Zwick. “University administrators are in an ongoing dialogue with the Task Force.”