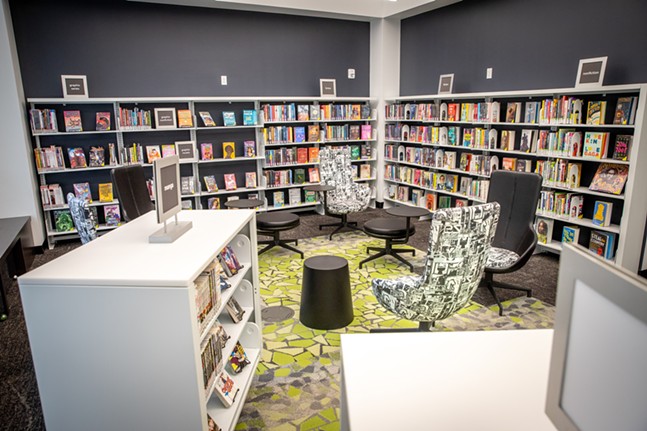 CP Photo: Kaycee Orwig
An area for teens in the new upstairs portion of Carnegie Library Downtown, is designed for teens to work together and get help on assignments.

After about a year of being shut down for renovations, the Downtown branch of Carnegie Library of Pittsburgh reopened on Tuesday, with more space than before. On Saturday, Carnegie Library Downtown held community tours for their Grand Reopening Celebration, and, of course, I went to photograph the new space.

Olivia Hric, CLP's Manager of Special Events and Campaigns, organized the event and gave me a tour of the newly renovated spaces. The branch, which had previously occupied just the basement and first floor of the building, has now expanded to the second floor as well, opening up new spaces for teens, children, and adults with business needs. Olivia explained how the space is important for the community surrounding it and described the resources it could offer for those who need it. 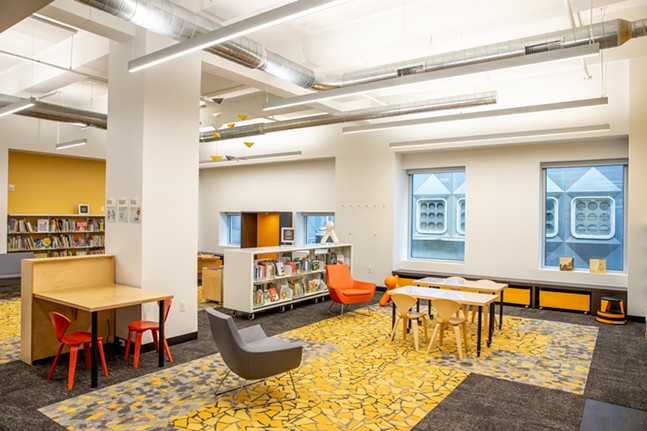 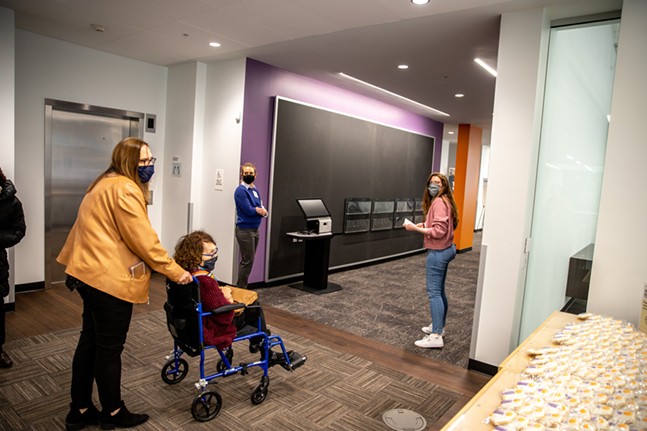 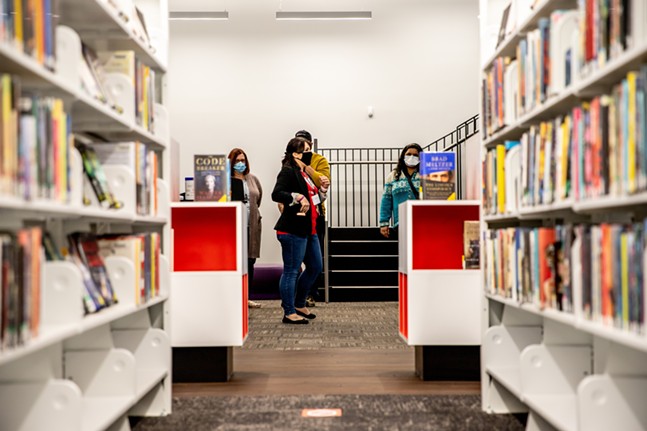