Photos by Steel Army
This past weekend was full of events in Pittsburgh, including the Pittsburgh Riverhounds playoff game against Louisville at Highmark Stadium. Of course, we all know by now they unfortunately lost 2-1 in overtime, but the team's incredibly loyal supporters group, the Steel Army, showed up in full force as usual. We gave the Steel Army some 35mm disposable cameras to document, from their perspective, what game days look like for their crew, including Steel Army president Maria Petrillo.

After developing a few rolls, we'd like to show you a dozen of our favorite photos taken by their clearly fun (and sometimes shirtless) members!
click to enlarge 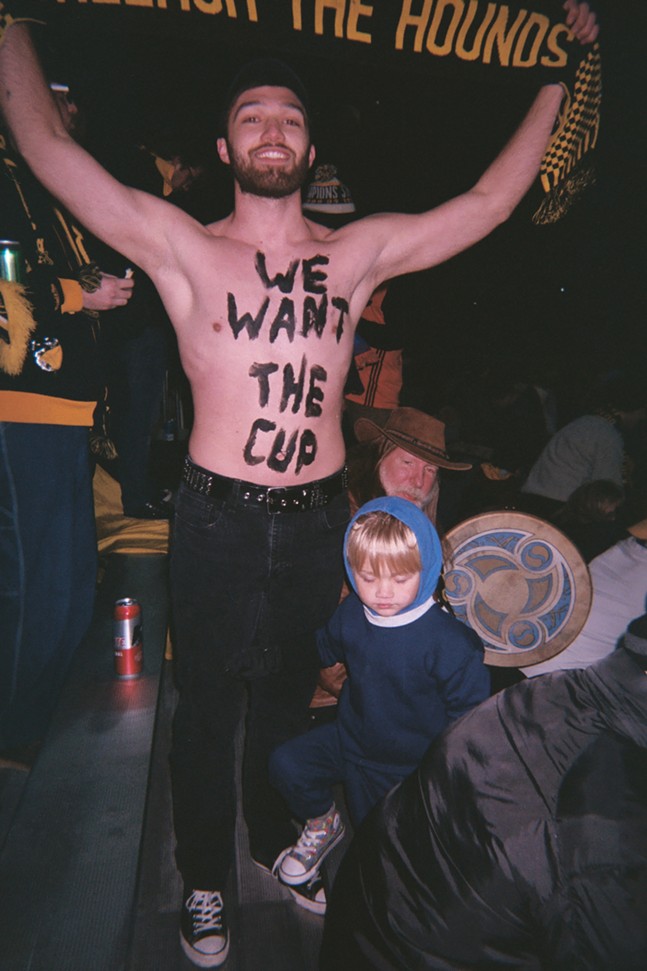