Star of David memorials with the names of the 11 victims were placed outside of the synagogue, along with flowers, candles, and letters. Students from the Yeshiva School joined together in prayer outside and were greeted by Pittsburgh Mayor Bill Peduto, police officers, and first responders.

Judah Samet, 80, of Pittsburgh and a member of the Tree of Life synagogue, stood in front of the Star of David memorials and spoke a few words about each of the victims. A Holocaust survivor, he came late to service on Saturday and missed the gunman by four minutes. 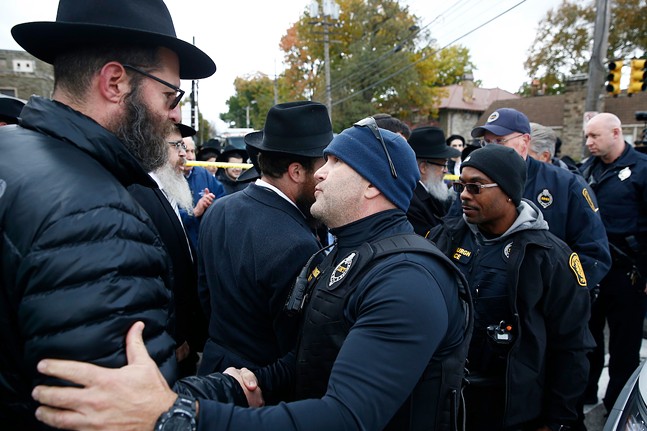