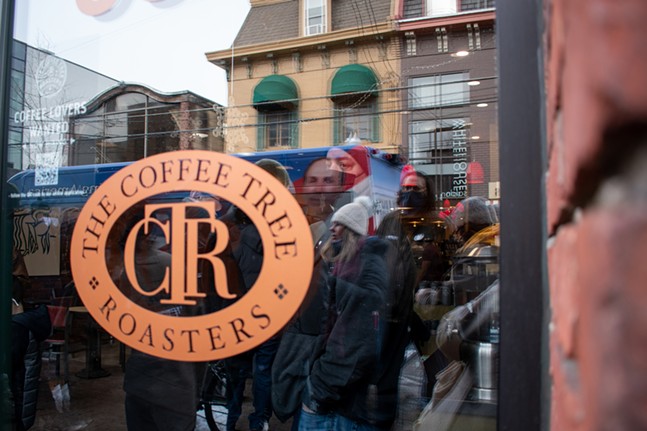 CP Photo: Pam Smith
A union rally is held outside of Coffee Tree Roasters in Shadyside on Sun., Jan. 30, 2022.
Pittsburgh Mayor Ed Gainey joined a rally on Jan. 30 in support of unionization efforts of baristas at Coffee Tree Roasters. He was joined by current and former workers of the Pittsburgh-based coffee chain, in addition to local politicians, union representatives, and members of the community, who rallied at the Shadyside location on Walnut Street.

Workers at all five Coffee Tree Roasters locations, which has about 52 baristas according to a union filing, are voting to join a union with UFCW Local 1776. Since announcing their intent to unionize in December 2021, workers have accused management of multiple attempts at union busting.

In December, a worker in Squirrel Hill claimed he was fired after appearing in a video in support of the unionization effort. And on Jan. 18, the Coffee Tree Union Twitter account announced they had filed four Unfair Labor Practice charges against their employer, alleging they interfered with their right to form a union through intimidation, retaliation, and bribery.

"Today I was proud to stand with @CoffeeTreeUnion and @UFCWLocal1776 in shadyside," Gainey posted on Twitter after the rally. "Pittsburgh is a Union Town — always has been, always will be. Every worker deserves fair wages and a seat at the table. Make sure to stop by and voice your support." 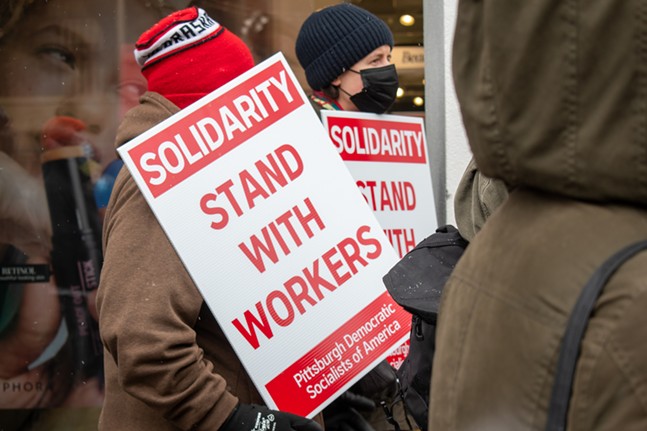