“I love Pittsburgh, deeply, but I do feel like there is still a little homophobia if you’re out and about, especially in terms of these couples.” 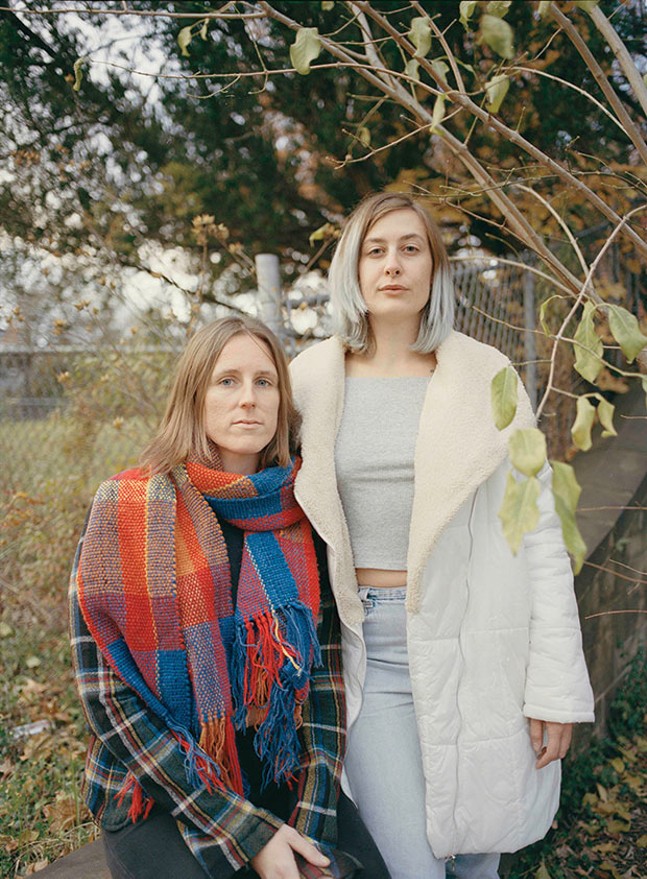 Jenna Houston thought queer Pittsburghers were a myth — that the only people like them were their friends and the people they’ve hooked up with. And who could blame them? In Pittsburgh, queer spaces that aren’t bars or clubs are few and far between.

To highlight queer people occupying spaces that are not typically associated with members of the LGBTQ community, Houston, a senior at Carnegie Mellon University, began a photography project shooting queer couples in spatial areas of domesticity.

“A lot of work about queer populations is about spectacle work, where people are kind of looking at drag and pride parades,” Houston says. “Which, those are important, but there’s not a lot of quieter, non-performative work.”

Despite recent cultural and legislative shifts toward the advancement of queer people in the United States, LGBTQ couples still face dangers when walking down the street. Holding hands and other public displays of affection can result in taunts and violence.

“I love Pittsburgh, deeply, but I do feel like there is still a little homophobia if you’re out and about, especially in terms of these couples,” Houston says. “And we have no gay neighborhood, which I do think is significant.” 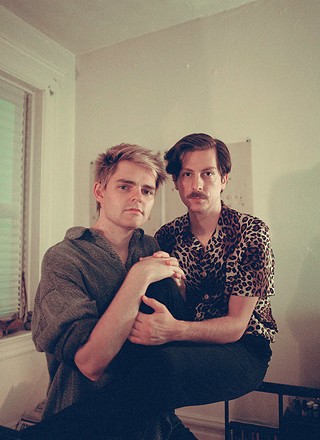 When directing couples as part of the project, Houston tells them to express themselves in whatever way feels best. The process begins somewhat uncomfortable and awkward as Houston is first introduced into the couple’s space, but as the session progresses, and the couple becomes more adjusted to a stranger documenting them, it turns into the warm experience captured in the project’s photographs.

“I think there’s a vulnerability that happens sometimes in these images that I can relate to,” Houston says. “So, it’s nice that I’m able to get that closeness with people I’m photographing — I think that’s a critical part of the work.”

Born in Kalamazoo, Mich., and growing up in suburban New Jersey, Houston often felt like a misfit. Entering CMU as a freshman, Houston was originally a pre-med major before becoming fascinated with gender studies and visual arts, and eventually changed their major to be a combination of the two, ditching pre-med completely.

“I think queer theory has also had a big impact on me talking about queerness in space and things like that,” Houston says. “And now I’m here.”

Houston plans to continue their project through the next few months, adding more couples and getting more diverse people involved. Houston hopes the project will connect queer people with each other in different cities all over the country, potentially closing with an exhibition or Humans-of-New-York-style book. They hope to let the queer community of Pittsburgh know that they are not alone.

“I’m not sure that it ever really has an exact end,” Houston says. “Because I just always will be photographing queer people wherever I go, because those are the people I want to connect with and want to photograph. I don’t think the topic will end with the project.”