Photographs look back on a Pittsburgh that never seems to change 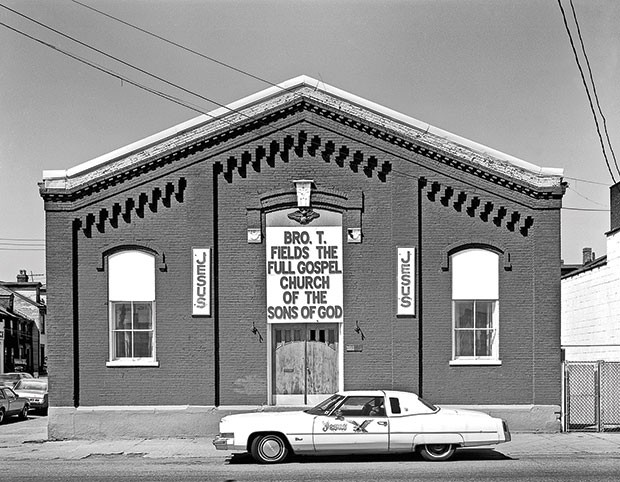 A North Side church, circa 1978-82, as photographed by David Aschkenas

continues through May 21. Lantern Gallery, 600 Liberty Ave., Downtown. trustarts.org
In 1980, an amateur film called Downtown 81 was shot in New York’s Lower East Side. Lost for years, it was found, restored and released in 2000, but it’s much better ethnography than it is cinema.
Everything from the film is now gone. The Lower East Side, then desolate and destitute, provides a powerful sense of the passing of time. Now trendy and prosperous, it is unrecognizable as the drab setting of the movie.

David Aschkenas also happened to be working a camera in 1980. That year, the photographer received a grant from the National Endowment of the Arts to document Pittsburgh’s neighborhoods. Similar to Downtown 81, many of the negatives were tucked away until recently. After they were found, Aschkenas turned them into Remembering Pittsburgh, an exhibit at Downtown’s Lantern Building. The collection spans 1978-1982. Unlike New York, which routinely bulldozes the old to make room for the new, Aschkenas’ photographs exhibit Pittsburgh’s remarkable resistance to change.

Pittsburgh has been built with an attitude of austerity and durability. Emerson once wrote that a necessary feature of great art is a “good-humored inflexibility.” Pittsburgh passes the test. Featuring mostly Pittsburgh’s East End neighborhoods, Remembering Pittsburgh suggests a collection of 62 stills from a film set in the 1970s but shot in Pittsburgh today. The Squirrel Hill Giant Eagle is the same, save for the dated advertisements. The shops and delis have the same family-owned theme (though the window displays are notably different: I found myself wishing candy and cigarettes were still displayed with such elaboration). The architecture, hillsides and people are all rough-cut and shadowed from cloud cover: features of a timeless Pittsburgh. In wall text, Aschkenas recalls thinking how many of his photos felt like they could have been taken in the 1940s.

The Pittsburgh remembered here is the essential one, one that Aschkenas’ subtle and stoic photographs appropriately capture in black and white. And if Pittsburgh’s inflexibility is the key to its art, then its roots are the key to its durability. By capturing simple moments of the quotidian pulse of Pittsburgh life and livelihood, Aschkenas keeps these admirable qualities from slipping away. Aschkenas is restrained behind the lens — his photographs don’t do the work for you. But they inspire a curious mind. Remembering Pittsburgh invites reflection on the images and stories that stitch together Pittsburgh’s rich sense of identity and history.