If one symptom of autism is a flat expression and no eye contact, then why not try to connect the subject to an emotion? 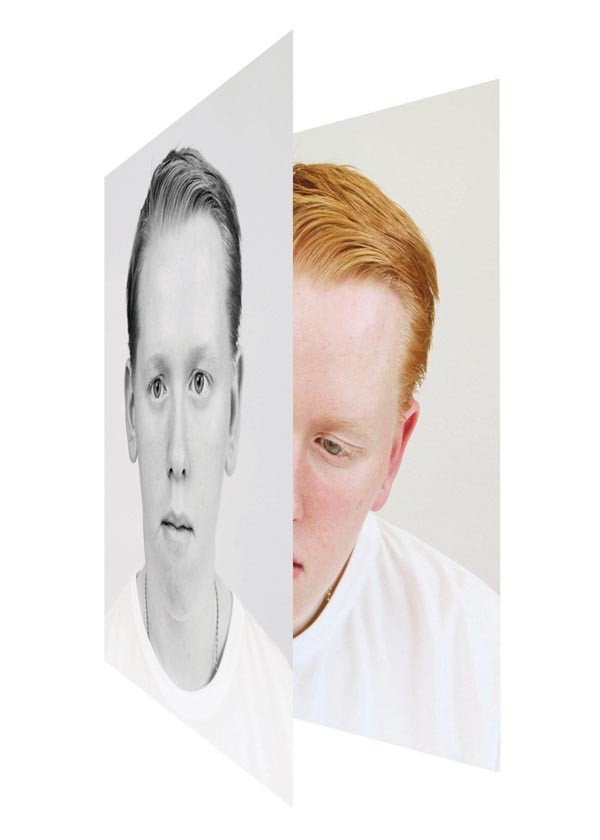 From Arne Svenson's About Face series

As special needs go, autism spectrum disorder is probably the least widely understood. If people hear "autism," they probably think Rain Man, or maybe Temple Grandin. But autism is impossible to spot from afar, and it's sometimes hard to diagnose. Autism is everywhere, but it's easy to ignore the people who have it.

In About Face, at The Andy Warhol Museum, photographer Arne Svenson tries to humanize the disorder, and in the cleverest way possible. Svenson seems to ask: If one symptom of autism is a flat expression and no eye contact, then why not try to connect the subject to an emotion? Svenson's portraits are a one-two punch: Each includes a black-and-white picture of a child with a blank background. Then, behind that photograph, a second picture, this one color, features the same child having an emotional reaction. The neutral visage becomes emotive, responsive. For a moment, the coldness of autism thaws.

Svenson was formerly a therapist and educator, which lends the California native some legitimacy. What's striking about About Face is the complexity of its design. Svenson didn't simply say, "Look sad." He asked his models questions about their emotions. In the exhibit, we see the images that elicit the children's reactions — a masked man with a gun makes a boy scowl. A photo of a birthday party makes a girl cheer, open-mouthed. The small mushroom cloud of an exploded bomb makes a young adolescent knock his head back in shock, exposing his braces.

The exhibit's finest photograph is also used in its publicity material. In the black-and-white portrait, the skinny young ginger stares out unremarkably. In the color version, he looks sidelong, distant and sullen. He is reacting to five simple words: "When my friends move away."

The one-room exhibit is a nice change of pace for The Warhol. Simple and socially conscious, About Face has nothing to do with sex, drugs or rock music. There is nothing poppy or gimmicky about it. About Face is earnest, sensitive and relevant, both a character study and a statement about faceless outliers. Such exhibits can't happen often at The Warhol, of course; the museum has an avant-garde reputation to uphold, and too much sensitivity and earnestness can make an icon look soft. But it's nice to see such unassuming people get their 15 minutes.