Phipps walks the walk, switching out soda at its café for a healthier fruit sprizter

Last October, Phipps Conservatory made a decision that they knew some customers wouldn't be crazy about — it removed soda from the Oakland attraction's café.

"There were concerns about doing this from some on our staff because we make a lot of money on soda," says Richard Piacentini, executive director at Phipps. "But that didn't matter to me, because I knew that we shouldn't be selling it.

"We wanted to replace it with a healthy drink that had less than 40 calories. We soon found out that none existed, so we decided to make our own."

Now in place of soda is an all-natural carbonated beverage, the Phipps Splash. The Splash has been available for a year, but recently a new Splash Bar was added to the café to "add a little theater to the experience," according to Piacentini.

The drink is simple, says Jeffrey Spirer, café and catering general manager; it's fresh fruit juice and local, sodium-free seltzer water from the Pittsburgh Seltzer Co. The drink — I sampled orange and grapefruit — is light and refreshing, and the carbonation gives you that soft-drink feeling.

It's not as profitable as a soda fountain — soda sells for about $1.50 per glass but costs vendors just 12 cents — but ultimately that made little difference to the folks at Phipps. "Our mission had to precede cost considerations," says Spirer. "It was the right decision, and our Phipps Splash gives our visitors a nice alternative to soda." 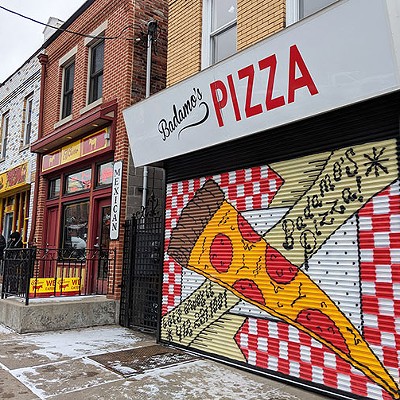