People want police reform, but changes have a difficult path through the state legislature

Police-reform bills would have to clear chambers controlled by Republicans, who aren’t gung-ho about reforming police departments 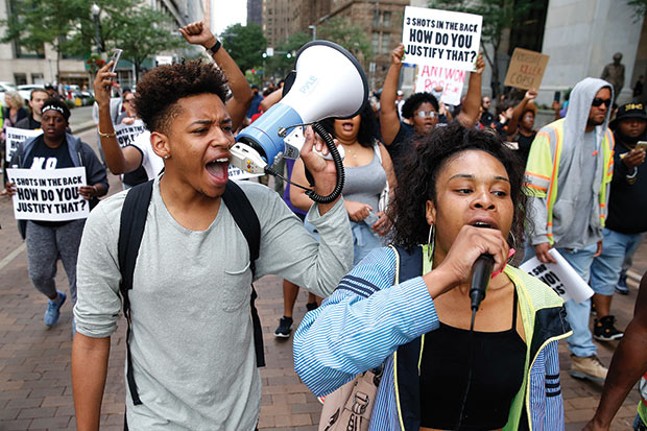 Protestors are calling for increased police accountability, but actual reform is complicated.

In Pennsylvania, state House Speaker Mike Turzai (R-Bradford Woods) decides the fate of most legislation. In the past, he has supported bills protecting police when they are involved in police-shootings, and police-accountability bills haven’t seen much progress under his speakership.

While the high-profile nature of a recent police shooting of an unarmed 17-year-old boy has reignited a public push for police reform, there remains a mountain to climb to pass police reforms into state law.

The energy is there, though.

The shooting death of Antwon Rose Jr. by an East Pittsburgh Police officer has led to hundreds of protesters taking Pittsburgh streets for several days over the past two weeks. They’re calling for policy changes to local police departments. Public officials have echoed those calls, and legislation in Harrisburg has already been introduced.

“As a parent, none of us want to ever bury a child,” said state Rep. Jake Wheatley (D-Hill District) in a statement following the introduction of legislation to improve community-police relations.

“We want to find ways on how we can prevent and possibly eliminate police shootings of unarmed men and women, particularly those of color.”

First, it would create a licensing board to ensure police officers are regularly evaluated on their ability to serve. Second, a bipartisan caucus would form to pitch policies related to police reform. Third, legislation would allow police officers’ previous employment incidents to be shared with all potential employers.

This legislation introduced by Davis, Gainey, and Wheatley isn’t a panacea to stop police killings of innocent victims. But it could help. And any other state legislation, like funding for improved training, would likely follow in its path.

Still, any police-reform legislation would have to pass through the state house and senate before reaching Gov. Tom Wolf’s desk. Republicans control those chambers, and most haven't shown strong support for police reforms. Republicans also typically receive endorsements from the Fraternal Order of Police, the union representing police officers.

Only after Turzai assigns any legislation to a committee and if the bills are successfully voted out of committee would they see full vote in the House.

Turzai’s office didn’t respond to questions about where this legislation would be assigned, but it would likely go into the Local Government, Urban Affairs or Judiciary committee.

The power really lies with Turzai, who can assign these bills to a committee chaired by someone supporting or opposing police reform. In 2017, he voted for House Bill 27, which would withhold the name of an officer involved in a police-shooting for 30 days.

If police-reform bills have a chance of clearing the state house, and reaching Gov. Wolf, they’ll likely need support from Turzai, or enough public pressure to bypass his authority.