Pennsylvania's moratorium on evictions has ended. Here’s what that means. 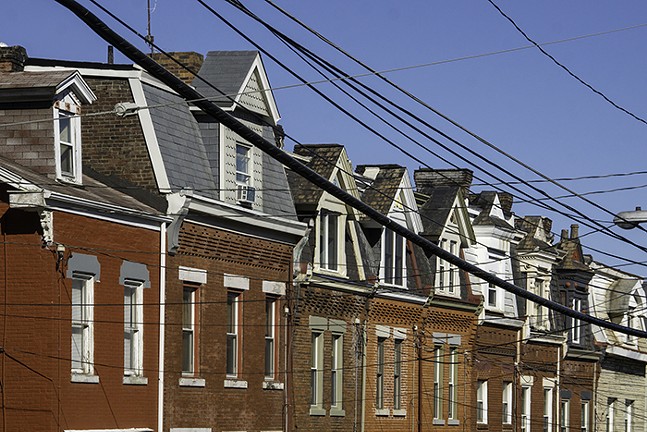 Bill Christian had a sense of foreboding when Pennsylvania officials moved to prevent evictions during the COVID-19 pandemic, first with a series of emergency orders and then with a flawed rental assistance program from the legislature.

“I thought, ‘that sounds wonderful, but eventually this bill is going to come due,’” said Christian, who runs Bethesda Mission, a shelter and recovery center for men experiencing homelessness in Harrisburg. “This was the proverbial kicking the can down the road.”

The pent-up disruption to Pennsylvania’s housing market is poised to burst on Tuesday, when courts will be allowed to receive new eviction claims for the first time in six months.

Gov. Tom Wolf hinted Monday that he might issue a new executive order to keep renters in their homes. But his office backtracked that statement later in the day, saying that the executive branch could not enact new protections.

Without the moratorium in place, people who are behind on rent will be subject to legal action that could get them kicked out of their homes – a prospect that housing advocates say will endanger families and communities as COVID-19 continues to swirl statewide.

With Wolf's executive order expired today. And with a pending lawsuit against the now-expired moratorium, it's unclear if Wolf can, or will, extend it. Here’s a look at how we got here and what might come next.

How did we get here?

Back in March, after Wolf closed schools and businesses across Pennsylvania, the state Supreme Court issued a statewide emergency order that barred courts from receiving new eviction claims for 60 days.

The order didn’t wipe out existing claims, which landlords can file in court if a tenant falls behind on rent. Instead, it shielded renters from new eviction proceedings while the state braced for a period of record-setting unemployment.

At the same time, state lawmakers hammered out the details of a rental assistance program that used $150 million in federal CARES Act assistance to keep payments flowing from tenants to landlords.

The program proved woefully ineffective, a review by the investigative news website Spotlight PA found. The $750 assistance cap did not cover rents in much of the state, and many landlords opted not to participate.

When will evictions start?

When Wolf’s executive order expired at midnight on Monday, it opened the floodgates for landlords to file claims against tenants who have fallen behind on rent since March.

It’s hard to say how many renters will be immediately affected. But census data show that 381,000 Pennsylvanians reported being behind on rent in July – roughly one in five renters statewide.

Some landlords have cut tenants some slack, and won’t file an eviction complaint if they’re just one month behind on rent, according to Matthew Rich, a housing attorney at MidPenn Legal Services in Harrisburg.

Others may go to court as soon as a tenant misses a single rent check, Rich said.

Once a landlord files a complaint, a judge must set a hearing date within 15 days. In disputes where a judge sides with a landlord, tenants have 21 days from the judgement to vacate their rental property, Rich said.

Rich said it may take awhile for all the backlogged eviction cases to work their way through the courts. But some of the earliest cases could land people on the street starting in late September or early October, Rich said.

Where will people go if they can’t stay in their homes?

Shelter providers told the Capital-Star last week that they’re preparing to see a swell in demand for people seeking housing assistance, which they fear may outstrip the supply of shelter beds and emergency housing.

“I can certainly say demand is going to outpace our resources,” Darrel Reinford, executive director of Christian Churches United, which helps households stave off evictions or find housing if they’re experiencing homelessness. “This could easily increase homelessness, depending on how you define it.”

Some families may well be on the streets with nowhere to sleep, while others may find themselves staying with friends and family, Reinford said.

Shelters in the Harrisburg region, already full before the pandemic struck, have seen demand for beds hold steady since the state entered a lockdown in March. In some cases, shelters have had to reduce their capacity to comply with social distancing protocols.

Mary Quinn, president of the YWCA of Greater Harrisburg, said evictions could exacerbate any number of social ills, including addiction and mental health problems.

“Whatever your issue is, you have to be housed before we can get you back on track,” Quinn told the Capital-Star. “If people don’t have a place to stay, they will likely end up in emergency rooms and jails.”

Pennsylvania has already set aside $150 million to help renters pay their bills – most of that money just hasn’t made it to tenants.

That’s why housing advocates are calling on the state to forestall evictions and foreclosures just a little while longer. That will give policymakers time to fix the rent assistance program that faltered this summer, which advocates say failed landlords as much as it did tenants.

Wolf said he’s done all he can. He announced last week that he would not extend his moratorium through September, even though legal analysts argued it was in his power to issue a new one.

Wolf waffled on the subject Monday and said he “might” issue a new moratorium. But his office ultimately doubled down on its original position and punted the job to the Legislature.

In a statement, spokeswoman Lyndsay Kensinger said Wolf had hoped that an Aug. 27 decision by the U.S. Federal Housing Administration, which banned evictions and foreclosures in its insured properties through the end of 2020, would lay the groundwork for greater tenant protections in Pennsylvania.

“But after a thorough legal review, we have determined that the governor cannot extend the Executive Order to reach additional Pennsylvanians who are not benefiting from the federal extensions,” Kensinger said. “A legislative fix is necessary in order to protect homeowners and renters from eviction.”

Whether it comes from the executive branch or the legislature, Rich said a fresh moratorium would protect renters while state lawmakers fix the ineffective rental assistance program.

“We understand that this moratorium can’t last forever,” Rich said Monday. “But our hope, at a bare minimum … was that when the courthouse doors did open back up, there would be as much protection in place for tenants as possible.”

State lawmakers are scheduled to return to Harrisburg this week and next after a lengthy summer recess.

But Republican leaders have not laid out a timeline for fixing the rental assistance program.

Senate Housing and Urban Affairs Committee Chairman Sen. Joe Pittman (R-Indiana) told Spotlight that he was aware of problems with the program. But his panel is not scheduled to take it up in a public hearing until next week.
Elizabeth Hardison is a reporter with the Pennsylvania Capital-Star where this story first appeared.