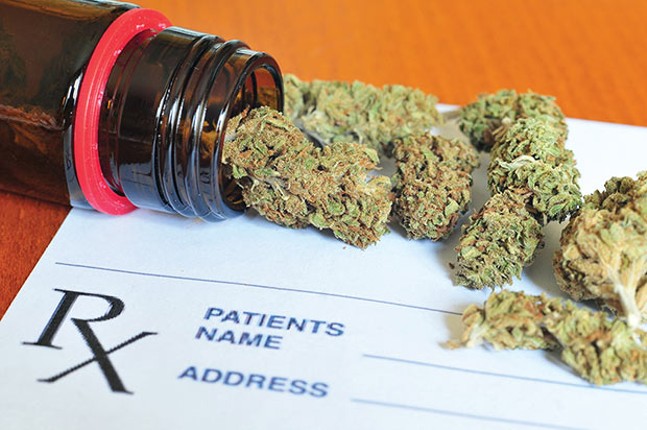 The era of medical marijuana in Pennsylvania is upon us, and it has tremendous potential to change how certain medical conditions are treated. Well, as long as the state thinks your condition warrants it.

There are only 17 qualifying diseases and conditions on the state’s list, including ALS, cancer, PTSD, intractable seizures, nerve damage, multiple sclerosis, autism and HIV/AIDS. And while Pennsylvania’s list is more inclusive than other states (and is the first state to allow its use on all forms of autism), it can still only be considered a good start. There’s more work to do because many other conditions where the drug has been useful have been excluded.

Laws in other states allow for much more flexibility. For example, the state of Washington’s list of qualifying conditions focuses more on symptoms than conditions. As a result, more people have access to a treatment that’s easier on the body than many synthetic medications. Other states also allow a doctor to recommend cannabis to treat unlisted conditions at their discretion. Pennsylvania has no such regulation.

The law also doesn’t allow patients to take medical marijuana instead of opioids for chronic pain. For pain, marijuana can only be prescribed when opioid therapy is deemed ineffective. But with the opioid epidemic touching every pocket of society, and opioid-overdose deaths increasing statewide by 100 percent between 2016 and 2017, how is it responsible to push opioids as the first line of treatment?

Additionally, in the state of Pennsylvania, access to medical marijuana is closed off to most people with mental illnesses, with the exception of PTSD. The legislature made the decision based on a “lack of definitive evidence” that marijuana is an effective alternative for conditions such as anxiety, depression and schizophrenia, among others. But there is a moderate amount of research out there to suggest that marijuana does help some patients, and Pittsburgh is a city full of medical facilities and universities that boast groundbreaking research, so why not utilize the infrastructure that exists to encourage such work?

When you see a psychiatrist for the first time to get medicine, there is a good chance that you will not find the right prescription immediately. Doctors don’t throw Prozac or Xanax out the window entirely just because it doesn’t help everyone. Perhaps it’s time to open up the options and let medical professionals work through treatment with their patients, rather than have medical decisions dictated by a legislature of mostly non-medical professionals.