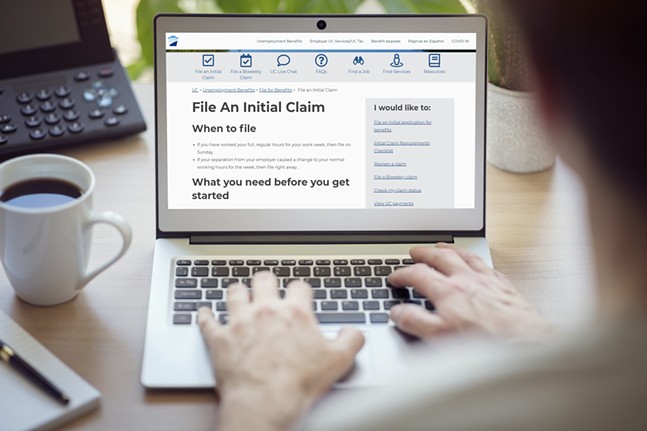 The U.S. Labor Department reports today that 3.28 million new unemployment claims were filed for the week ending March 21. The previous record in a week was below 700,000.

This spike can be attributed to the coronavirus pandemic, and the business closures that have been instituted to help stem the spread of the virus. As of yesterday, Pennsylvania had 1,127 positive coronavirus cases, and 11 deaths caused by COVID-19.


Put it another way, what about PA’s economy would make these numbers make sense? We don’t have the strongest one, but it’s not like it’s totally a different workforce than the rest of the country.

Of that 1.13 million person workforce, UCSUR estimates that only about 46% will be allowed to remain open under the mandatory closures. The size of some local workforces that will be adversely affected by the closures (99,000 restaurant workers, 90,000 educational services workers, 117,000 retail trade, and 78,000 professional services workers), could provide one explanation to why Pennsylvania’s unemployment claims are so high.

Some on social media have also noted that Pennsylvania's unemployment filing system is better than other state systems.

Julia Simon-Mishel of Philadelphia Legal Assistance says the number of unemployment claims in unprecedented. She says people at her organization are utilizing the state's online unemployment filing system, which she says is very effective. She says phone filing system often get backed up in times like these.

"The unemployment system is structured to help folks in situations when they are suddenly out of work, and it is good that people have immediately started filing for benefits," says Simon-Mishel.

Yesterday, the U.S. Senate passed a stimulus bill that would provide trillions of dollars to combat the economic downturn caused by the coronavirus. Of that, about $150 billion is directed to state governments, and the Pennsylvania state government will receive about $5 billion, according to U.S. Sen. Pat Toomey (R-Lehigh).

But Pennsylvania might also file even more claims moving forward. About 278,000 claims were filed in the four days before the start of last week. In the last 11 days, which included the 379,000 claims filed in the last seven days, about 650,000 Pennsylvanians have filed for unemployment. That figure represents about 10% of the state’s workforce.