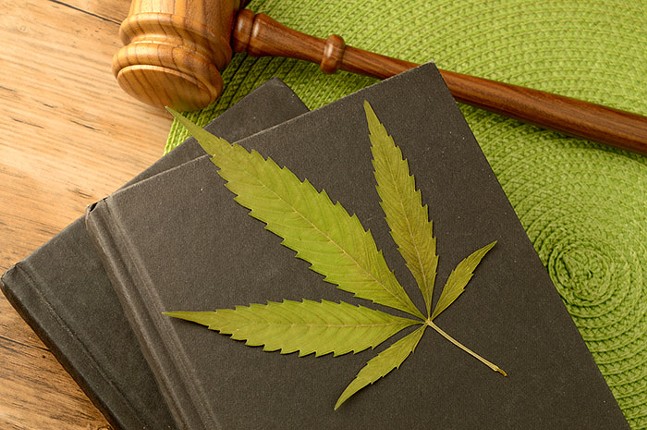 Last week, on Mon., Feb. 7, the Pennsylvania Senate Law & Justice Committee held the first public hearing on the legalization of adult-use cannabis in the commonwealth.

As Penn-Live reported, committee members heard from lawmakers, law enforcement officials, and medical marijuana industry representatives in a hearing Committee Chairman Mike Regan (R-Cumberland/York) said was intended “to help lawmakers get a better understanding of the marijuana trade in Pennsylvania and how laws surrounding it are being enforced.”

According to City & State Pennsylvania, legislators’ questions focused on concerns about unsafe products and practices in the current black market, including people smoking joints dipped in embalming fluid (PCP), more than possible impacts of legalization.

We are still a long way off from legalizing recreational cannabis in Pennsylvania. But while the Pittsburgh Post-Gazette reports “the bill remains something of a long shot — house GOP leaders still oppose legalization," a GOP Caucus spokesperson said on Feb. 7 that some say these hearings are indicative of growing Republican support for legalizing adult-use weed.

In Pittsburgh, former state Rep. Jake Wheatley (D-Hill District) and current chief of staff for Mayor Ed Gainey, has been a longtime advocate for the legalization of recreational cannabis. In 2020, Wheatley and state Rep. Dan Frankel (D-Squirrel Hill) announced a bill that would not only legalize marijuana, but would expunge the records for people charged with non-violent, cannabis-related offenses.

59% of Pennsylvanians support the legalization of recreational cannabis, according to a 2017 Franklin & Marshall poll.

Regan, who was an architect of Pennsylvania’s law legalizing marijuana for medical use, plans for future hearings he hopes will help state lawmakers understand what other states have done “right and wrong” when legalizing cannabis.

It was also a long road to legalizing medical marijuana in the commonwealth. Medical marijuana passed the Pa. Senate in 2014 two years before it was signed into law after passing the House in 2016. Four years after it was passed in the Senate, medical dispensaries began serving eligible Pa. customers in 2018.This story was updated on Tue., Feb. 15 at 1:20 p.m. to reflect the fact that state Rep. Dan Frankel joined state Rep. Jake Wheatley in introducing the house bill to legalize recreational cannabis.