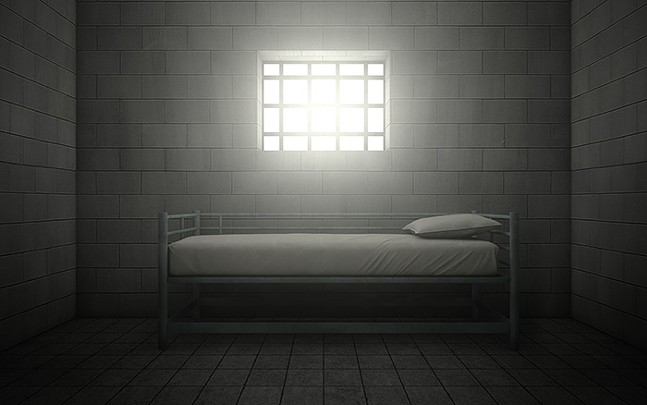 A lawsuit against the Pennsylvania Department of Corrections (DOC) was settled  today, and as a result, the commonwealth is altering its confinement policies against inmates currently sentenced to death.

The American Civil Liberties Union of Pennsylvania, the Pittsburgh-based Abolitionist Law Center, and two other law firms brought a class action suit last year against Pennsylvania that claimed the DOC automatic policy of holding death row inmates in solitary confinement violated the Eighth and Fourteenth Amendments of the U.S. Constitution. According to the suit, the 136 inmates on death row in Pennsylvania were being housed in solitary confinement for 22-24 hours a day, in small cells that were always illuminated.

Amy Fettig of the National Prison Project said in a press release that long-term solitary confinement was akin to “torture.”

As part of the settlement, the DOC agreed to house inmates sentenced to death in the same manner as the prisons’ general population, according to a press release from the Abolitionist Law Center.

“This settlement brings Pennsylvania out of the penological dark ages and makes it a national leader in treating all incarcerated persons humanely,” said Witold Walczak of the ACLU of Pennsylvania in a press release. “We are grateful that Governor [Tom] Wolf and [DOC Secretary John] Wetzel have agreed to stop using permanent solitary confinement and to adopt humane policies to govern Pennsylvania’s capital units.”

The Associate Press confirmed that the Wolf administration has agreed to the terms of the settlement. Pennsylvania has a moratorium on executions and hasn’t executed a prisoner since 1999, but those prisoners sentenced to death row are still housed indefinitely in prison.

The DOC will still house death row inmates in certain facilities, but those prisoners will now be entitled to at least 42.5 hours of out-of-cell activity every week, including outdoor time, law library time, meals with other inmates and other rights granted to the general prison population. The more than 100 death row inmates will also get daily phone privileges and are eligible for visits with family, lawyers, and religious advisers, as well as mental assistance for those suffering effects from long-term solitary confinement.

"Despite decades spent in inhumane isolation, our clients have organized and persevered in this historic achievement for the movement to abolish solitary confinement in Pennsylvania,” said Bret Grote of the Abolitionist Law Center in a press release.