Pennsylvania Democrats will choose the governor’s running mate; But which candidate would be the best sidekick for a run at a second term? | News | Pittsburgh | Pittsburgh City Paper

Pennsylvania Democrats will choose the governor’s running mate; But which candidate would be the best sidekick for a run at a second term?

Lieutenant-governor candidates are not well known, but they could provide a small boost to the gubernatorial candidate in the general election. 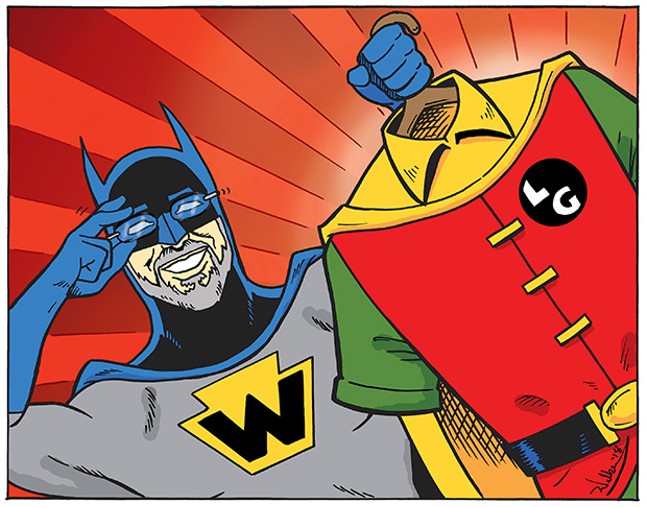 In terms of profile, Pennsylvania’s lieutenant-governor seat isn’t one that normally commands the spotlight.

The “LG” sits on the state’s Board of Pardons and issues tie-breaking votes in the state Senate. But mostly, the state’s second-in-command is exactly that: the person who takes over the big office in case the governor dies or resigns. (Former Gov. Tom Ridge resigned to become the nation’s first director of Homeland Security in 2002.)

“The average voter can totally go through life not being engaged with this office,” says Pennsylvania pollster Terry Madonna, also the director of the Center for Politics and Public Affairs at Franklin & Marshall College.

But politically, lieutenant governors can do more than just break ties and recommend pardons. Madonna says some lieutenant governors have been effective advocates on specific issues important to their party’s cause. Madonna adds that lieutenant-governor candidates could also provide a marginal boost to the gubernatorial candidate in the general election.

In Pennsylvania’s primary election, voters decide which candidate will split the ticket with the gubernatorial candidate in November. That means Democratic voters get to pick who runs alongside Wolf in the general election. It is odd, however, that an incumbent looking for a second term would get any legitimate challengers during a re-election campaign. But that’s the position incumbent Mike Stack finds himself in. A scandal involving he and his wife’s treatment of state employees working for them has made Stack a target and he will face four challengers in the Democratic primary later this month.

With this opportunity at voters’ fingertips, City Paper talked to Madonna and Jake Sternberger, the former campaign manager for Democratic U.S. Senate candidate Joe Sestak, about the five candidates running for lieutenant governor and their potential to help ensure that Democrats maintain the governor’s mansion. 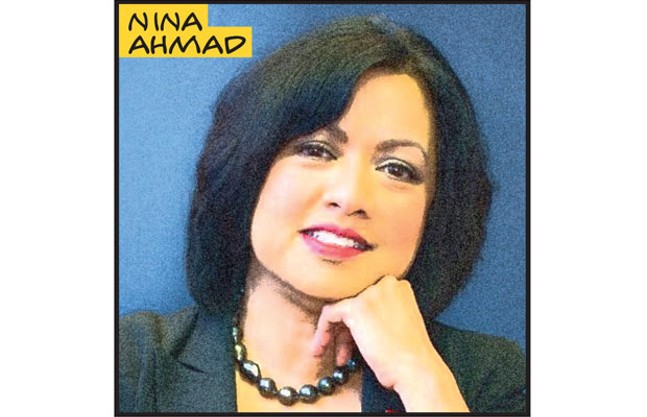 Ahmad is a former deputy-mayor under Philadelphia Mayor Jim Kenney. She was the last candidate to enter the race, but Sternberger says she has many factors that could boost Wolf on a split ticket. Ahmad is a Bangladeshi immigrant and Sternberger says her identity is especially important this year because voters are hungry to support female candidates and her immigrant background “brings an aspect to the ticket that is unique.”

Ahmad’s campaign has focused on selling a more inclusive vision of Pennsylvania — “Equity and inclusion are monument,” Ahmad told CP in March.

Sternberger says her geographic advantage is weak, as most candidates are from Southeastern Pennsylvania. However, Ahmad did pick up the endorsement of Pittsburgh’s 14th Ward Independent Democratic Club in a race where there is a local candidate. She also has a big financial advantage. At press time, her campaign had more than $600,000 on hand, the most of any candidate.

Currently a Chester County Commissioner, Cozzone also has the advantage of being a female candidate in a year when that is likely to make a difference. “I don’t think there is any doubt that female candidates can give a boost,” says Madonna.

Sternberger adds that Cozzone has some crossover appeal since she has won elections in Chester County, where Republicans have dominated historically. And Chester County is filled with wealthy suburbanites that have been shifting toward the Democratic party and have proven critical for Democratic victories in elections across the country.

However, Cozzone hasn’t had success in fundraising with only about $10,000 cash on hand. “It is shame that she has not been able to raise money,” says Sternberger. “Money is the ultimate test in campaigning.”

For someone who doesn’t already hold statewide office, Fetterman has the most name recognition, says Madonna. The Braddock mayor ran for U.S. Senate in 2016 and has appeared on TV shows and in national publications, both left- and right-leaning. Madonna also notes Fetterman, as the only candidate from Western Pennsylvania, has a geographic advantage and support from some well-known political figures.

“By far the most present candidate with the most publicity is Fetterman,” says Madonna. “He has [former Gov. Ed] Rendell’s endorsement, and [Pittsburgh Mayor Bill] Peduto’s endorsement. He has an advantage in the East-West battle.”

Fetterman’s crossover appeal might be a mixed bag. Sternberger says Fetterman has been building up a persona to align with working-class rural and urban communities, but he still comes from a wealthy family and he “appeals the most to the left,” given many of his progressive stances.

However, Sternberger admits that Fetterman’s strategy of visiting towns in every corner of the state could be a winning one and might pull in additional rural votes on a split ticket in November. Fetterman also has a significant amount of cash on hand, about $140,000.

Sosa is the only Latino candidate in the race, and Sternberger notes that might appeal to Latino voting blocs in places like Lancaster, Reading and Allentown, but Sosa might not be well known enough to bring out those voters. “There may be some appeal, in Latino pockets, but he has no base,” says Sternberger. “It is not enough to run on a Latino last name.”

And Sternberger says it will be almost impossible for Sosa to boost his profile, since his campaign has no cash on hand.

As the incumbent lieutenant governor with a political career in Harrisburg and Philadelphia that stretches decades, Stack has the most name recognition of any candidate. But that’s good and bad.

Scandals have also thrust Stack’s name into the headlines. Stack allegedly mistreated his staff, and Gov. Wolf responded by taking away Stack’s security detail. But Madonna says those scandals won’t matter much come the general election, since most of the focus will be on Wolf.

Sternberger says Stack probably has the best ability to increase turnout in the most Democrat-supporting region in the state: Philadelphia. “Philly is going to go the deepest of blues, and he can increase turnout there,” asks Sternberger.

Sternberger says getting high turnout in Philadelphia is crucial in statewide elections, but notes Stack’s crossover appeal is bad, since he is an establishment Democrat from Philadelphia who has recently been mired in scandal. But Stack is a seasoned fundraiser, says Sternberger. He has more than $275,000 cash on hand. And despite his scandal, he’s still received plenty of support, notably from the majority of Democrats in the state Senate.

In the end, both Madonna and Sternberger say the lieutenant-governor nominee will have only a small effect on boosting the split ticket. Madonna says that by election day, most of the campaign focus will be on the gubernatorial candidates themselves, not their running mates.