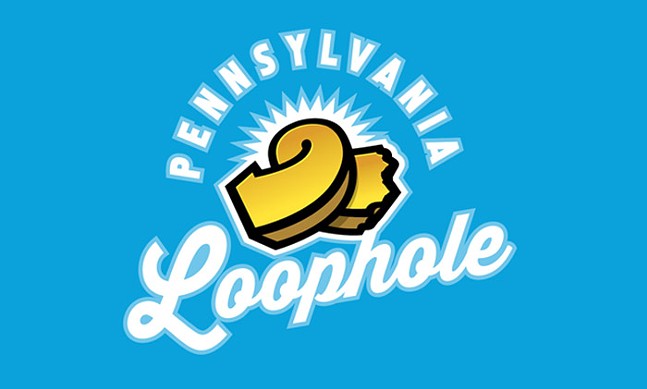 Pandemic-imposed restrictions on the beer industry have been difficult for everyone, but especially for small brewers. Without the ability to can, these breweries are relying on growler and crowler sales to keep them afloat. Not an easy feat.

Now, Pennsylvania brewers, including many in the Pittsburgh area, are coming together to help bring income to these small establishments with the soon-to-be released Pennsylvania Loophole, a 7.2% ABV New England Style IPA.

“I had been talking with John Frampton over at Boxcar Brew Works about what we could do to help, and together we came up with a great way for the smaller operations out there to be able to sell some cans: collaboration!” says Scott Smith, founder of East End Brewing Company, where the beer will be created and canned, in a press release.

The collaboration is taking advantage of a loophole (hence the name) in state liquor laws. Pennsylvania breweries are permitted to sell beer from other in-state establishments as long as it’s consumed on premise; the exception comes with collaboration. Collaboration beers — as long as all of the participating breweries are listed on the label and the correct legal agreements are in place — can be sold in to-go cans.

16 breweries are collaborating on the beer, including locals Bloom Brew, Union Brothers Brewing, Lincoln Avenue Brewing, and East End. The beer is expected to hit all of the participating breweries (a full list is available on eastendbrewing.com) in mid-September.

This version of Pennsylvania Loophole is a limited-time beer; however, Smith says it’s likely the name and collaboration model will appear again, with a new recipe.