After the scandals surrounding former AG Kathleen Kane and other state officials (specifically in the mass dissemination of pornographic and misogynistic emails by state officials and employees), ethics are a key talking point in this race. Democratic nominee Josh Shapiro has pledged to implement mandatory ethics training and increase spending transparency. Republican John Rafferty says he would remove politics from the office and implement an email-ethics policy. 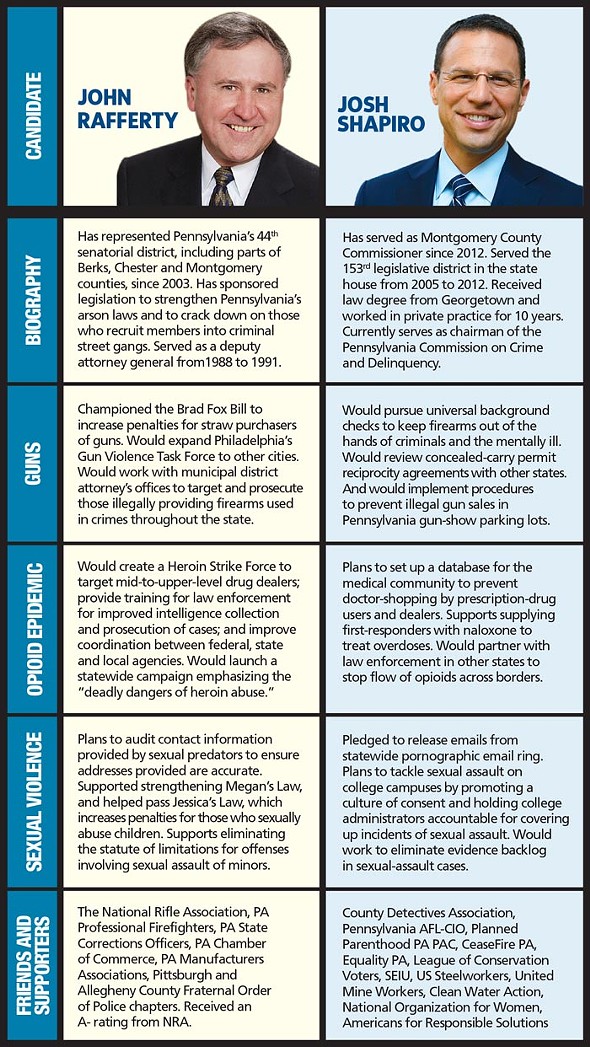