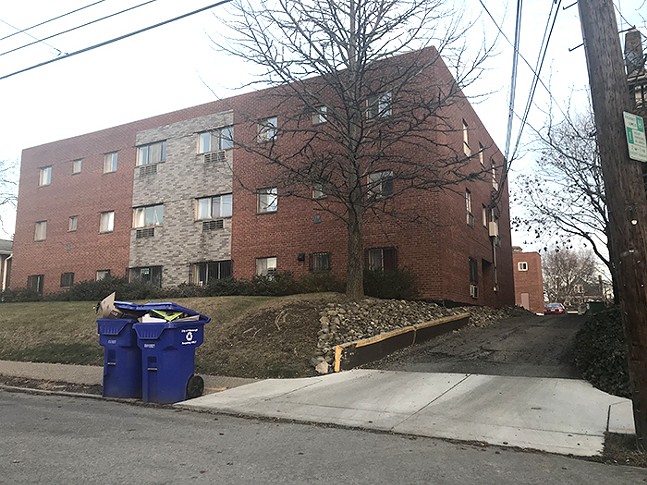 In 2020, Pittsburgh ended the off-street parking minimums that required newly constructed single-unit attached residences, like rowhouses, to build private garages, but community advocates worried that developers would just keep building garages anyway as an incentive to sell their properties.

Now, Pittsburgh Mayor Bill Peduto is proposing stricter zoning changes that will reduce curb cuts in Pittsburgh. The zoning amendment introduced would require developers to provide parking off of alleys or side streets whenever possible, and if not possible, then curbs can be cut on main residential streets to allow access to parking through a shared driveway.

Basically, no more cutting the curb in front of your newly built, single-unit attached residences for a private garage, if the bill were to pass.

This comes as welcome news to neighborhood advocates like Dave Breingan of Lawrenceville United. The community group was supportive of the previous move to eliminate the off-street parking requirement but had been asking for a ban on curb cuts for some time.

Breingan notes that this curb-cut ban is only for new construction of single-unit attached residences, but he says it is a big step in the right direction. “It’s an important next step and we appreciate the mayor's leadership on it,” says Breingan.

Curb cuts remove on-street parking, take away many chances to plant trees, and lead to more dangerous streets, especially for children and vulnerable road users, says Breingan. Having that much off-street parking in neighborhoods, especially when developers cut curbs to get it, is bad for many dense Pittsburgh neighborhoods, and usually cost developers more money to build.

The proposed legislation doesn’t completely ban all curb cuts on main residential streets. If access to alleys or rear yards is unavailable, then a shared driveway to parking can be provided. Shared driveways to parking behind homes are common for multi-unit buildings in neighborhoods like Bloomfield.

The idea of the curb-cut ban is to help keep rowhouse neighborhoods walkable, preserve on-street parking, and encourage residents to use public transit.

“This change further discourages breaks in the sidewalks in our rowhouse neighborhoods, better ensuring pedestrian safety by creating fewer points where pedestrians and cars intersect, and ensuring that less on-street parking will be privatized for driveways along streets in these neighborhoods,” said Pittsbugh Planning Director Andrew Dash in a press release.

Breingan says that preserving street trees and on-street parking also helps Pittsburgh in its goal to calm traffic. He says he wants the next step of this to apply to more developments beyond rowhouses.