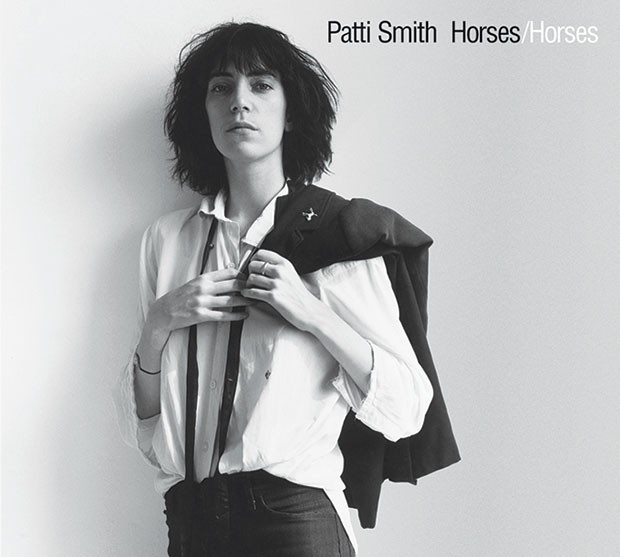 For the Record: Patti Smith and Horses

8 p.m. Mon., March 13. Carnegie Music Hall, 4400 Forbes Ave., Oakland. $59-94. 412-622-3131
Patti Smith threw herself under the bus in The New Yorker last December. In the “Cultural Comment” section of the magazine, she discussed her performance at the Nobel Prize ceremony three months prior, where she honored recipient Bob Dylan by singing “A Hard Rain’s A-Gonna Fall.” The song, written during the Cuban Missile Crisis, is still ripe with foreboding imagery, much like Smith’s best work. Unfortunately, she stumbled during the regal ceremony in Stockholm. “Unaccustomed to such an overwhelming case of nerves, I was unable to continue. I hadn’t forgotten the words that were now a part of me. I was simply unable to draw them out,” she wrote in the New Yorker, adding, “As I took my seat, I felt the humiliating sting of failure, but also the strange realization that I had somehow entered and truly lived the world of the lyrics.”

Watching the video of the performance, a slight breakdown is evident. Yet, to viewers, it’s not as harsh as she made it sound. Smith didn’t give up. After a bashful apology, she persevered, drawing on her signature, somewhat husky vocal to deliver the song. It was flawed, perhaps, but still meaningful. The challenge of “Hard Rain” lies in the ability to get past its cachet to the emotional heft of the lyrics. Even with a mistake, Smith still delivered a captivating performance — a few months shy of her 70th birthday to boot.

When Smith comes to town next week, she’ll perform her debut album, Horses, in its entirety. “Whole album sets” have become the norm for many established rockers, but a set of Horses doesn’t have the same dubious quality as U2’s The Unforgettable Fire. Horses blended inspirations from Arthur Rimbaud, William Burroughs and Jim Morrison with garage rock (it came out in 1975, pre-dating punk rock by a year or so), and delivered it with passion that didn’t let up for 43 minutes. If any levity is needed next week, Smith could likely draw on another one of her early inspirations: Johnny Carson.

The exhausting steps of the internet’s celebrity death reaction cycle