A musical journey through the Italian city of Naples 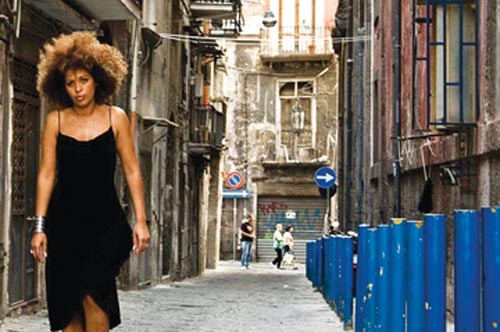 Actor John Turturro has slid behind the camera to direct this cinematic celebration of Neapolitan music. Passione is not really a documentary -- nor a concert film -- but an unabashed love note from the director to the city and its vibrant music that he loves. There, the music resonates with influences from Europe, the Middle East and Africa, while being informed by the city's vitality and ongoing hardships. So Turturro takes us on a journey, spinning his cameras along hillsides, beaches and the shabby cobblestoned streets of Naples, as various singers and performers make their musical case. Fans of music, particularly songs of love and lament, will be enthralled, but the more casual viewer might be frustrated at the lack of context. Not all performers are fully identified, nor are all the lyrics subtitled. These days, Naples is more often noted for its troubles, so this musical holiday, while hardly the sum of all the city represents, is a welcome interlude. In English, and Italian, with subtitles. Starts Fri., Aug. 12. Harris