The delicate art of seeking the Democratic committee endorsement 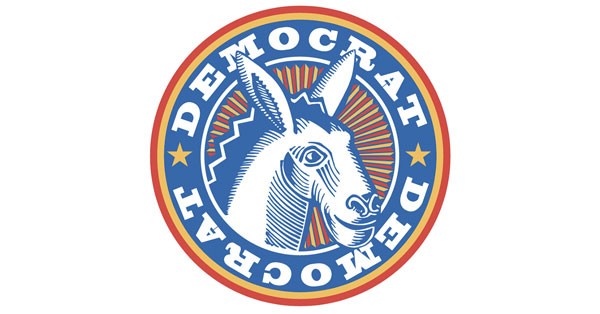 Being an elected official — whether judge, school-board member or mayor of the city — is all about making tough calls: "Do I raise taxes or cut services?" "How harsh a sentence should I impose?" "Which school should I close?" But when you're running for office, the hardest question of all may be this:

If you don't get the party endorsement, will you drop out of the race?

As someone who's spent some time at Democratic ward gatherings — feel free to envy my glamorous career path — I hear this question a lot in the months before a spring primary. Candidates face it while visiting with neighborhood chapters of the Democratic committee, seeking the endorsement of party elders. At least in theory, the candidate who gets the nod of party officials has an inside track on winning the primary itself.

The "will you drop out" query is asked more often than questions about, say, a candidate's budgetary priorities, or the proper application of the hearsay rule. But it tends to come up mostly "in the old-school political wards," says Jim Burn, who chairs the state Democratic Party. In more "progressive" parts of town, it barely arises: Many Democrats regard it as a relic from some earlier era, a lizard-brain reflex left over from the days when precinct captains sported prehensile tails.

After all, the answer you're supposed to give is, "Of course I will back out! I am but dust beneath your feet, O Wise Ones!" But only two kinds of candidates actually say this: the very strong, who have no chance of losing the endorsement, or the very weak — who can't possibly win without it.

Take, for example, Mark Tranquilli, the assistant DA who prosecuted cop-killer Richard Poplawski and is one of 15 Democrats running for four judicial spots this year. When Tranquilli told a Stanton Heights committee gathering that he would withdraw without the endorsement, there were cheers. But the response didn't quite drown out the rival judicial candidate sitting behind me, who hissed, "He can say that because he's the frontrunner."

For candidates in the middle of the pack, meanwhile, there's no easy answer. It costs money just to seek the endorsement: A mayoral candidate pays $7,000 to be considered; a judicial candidate $3,500. Pledging to withdraw from the race is the political equivalent of paying a four-digit sum to wear a "kick me" sign.

But how, exactly, do you ask for the committee's support, while reserving the right to blow off its decision? It's a question of etiquette, and Miss Manners would never have made it as a committeewoman.

The easy, and oft-used, answer is to say you're so focused on winning the endorsement that you haven't even considered the alternative. But the best answers imply that if you have to buck the endorsement, it's because of a higher obligation. This year, I've heard one candidate cite the need for more women in the judiciary. Another explained that his family members were out in the dead of winter, gathering signatures to put him on the ballot — and "they would kill me if I didn't file the petitions."

Perhaps the best answer is the one given by a mayoral candidate, City Controller Michael Lamb. "A mayor's race requires you to reach out and build support," Lamb told the Stanton Heights gathering. And building support "means letting people know you are interested in the long haul."

As it turns out, Lamb needn't have bothered: With Mayor Luke Ravenstahl's withdrawal from the race, and City Councilor Bill Peduto's decision not to seek the endorsement at all, Lamb is the only mayoral candidate who can be endorsed.

Still, says Burn, "You should coin that answer and sell it."

The truth is that the party's endorsement matters less than it used to. This year, several high-profile candidates — including mayoral contender Bill Peduto and City Councilor Natalia Rudiak — aren't even seeking it. Almost every election cycle, some unendorsed candidate prevails. The party elders themselves often blow off their own recommendations, continuing to support unendorsed candidates even though doing so violates party rules. These aren't the days of Davey Lawrence and the Democratic machine.

Which may be why the question always makes me wistful. Whatever other issues may be in play, local elections are contests between Old Pittsburgh and New. Asking a candidate to fall on his sword may not be especially democratic. But traditions — the claims that the past makes on the present, so that history is not forgotten — rarely are. Even if those traditions aren't worth honoring, exactly, they can still be indulged.

"It's a way for the party to ask, ‘What's the value of our endorsement to you?'" says City Councilor Patrick Dowd. Dowd has sought the endorsement in every election he's run in, without success. He tells party leaders he'll continue without their backing because "I think we as Democrats do best when we have a full, open debate before the voters."

And yet, he stresses, "It would give me great honor to be endorsed by my party next time." Which sounds like somebody who intends to ask.