"What we agree on is: People use the South Side for a parking lot." 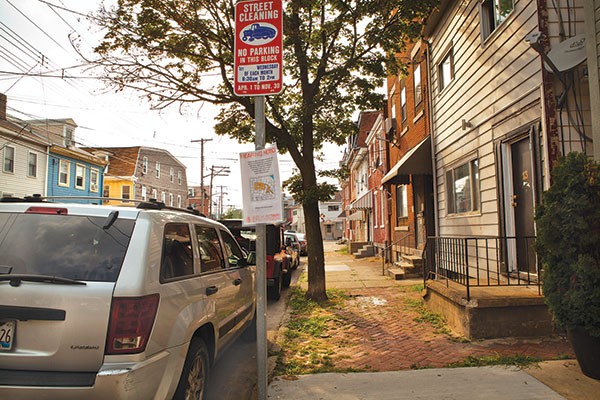 Photo by Heather Mull
Permit parking could reduce congestion for residents on this section of Jane Street, in the South Side.

Parking in the South Side at night or on the weekends can be hit or miss. Paid parking meters and lots fill up fast and spots on residential streets are sparse. But it's even worse for the residents who live in the densely populated neighborhood.

A newly proposed residential permit-parking district seeks to remedy parking issues for a segment of South Side residents. However, some critics of the plan wonder if it will create more problems than it solves. In addition to causing hassles for small-business owners and residents outside the proposed permit area, they say the city's antiquated permit system won't adequately address parking problems in the neighborhood.

"Over the years, we've heard a lot of people complain about residential permit parking," says Candice A. Gonzalez, executive director of the South Side Chamber of Commerce. "A lot of business-owners are unhappy; a lot of residents are unhappy."

The city's Residential Parking Program was created in the 1980s, primarily to keep commuters from using residential streets as parking lots. In most neighborhoods, visitors are given a grace period, and receive a $45 ticket if they stay longer. Of the city's 34 zones, 29 are enforced between the hours of 7 a.m. and 7 p.m.

But parking issues in the South Side are unique. While the neighborhood's close proximity to Downtown is a draw for commuters, residents experience most of their parking issues from night-life traffic at bars and restaurants on Carson Street.

"There's definitely a parking problem," Gonzalez says. "There's not enough parking to meet everyone's needs, but a lot of people are unhappy with the permit program itself and they say it doesn't serve their needs."

The new South Side zone would extend from 22nd to 29th streets south of Carson and impact approximately 700 household units and 10 streets, including Jane Street, Larkins Way, Sarah Street and Carey Way.

In an effort to address nighttime parking issues, the district would be enforced from noon to midnight Monday through Saturday. There are already two other zones in the South Side with enforcement hours until midnight.

In the proposed zone, Pittsburgh Parking Authority enforcement officers must wait two hours before ticketing a car, so if a car is parked at 8 p.m., it couldn't be ticketed until 10 p.m. But because the zone is only enforced until midnight, anyone parking after 10 p.m. could not be ticketed.

And there are only two enforcement officers from the Pittsburgh Parking Authority assigned to monitor the zones after 5 p.m. For these reasons, Daria Brashear, who lives in the proposed zone, worries enforcement won't be effective.

"The problem is people who don't want to pay to park at night, who come to Carson Street," Brashear says "You've created a system that nominally addresses the problem you have, and then there's no teeth to it."

But program administrator Ashley Holloway, from city planning, says the city is trying to adapt permit parking to meet the evolving needs of neighborhoods. 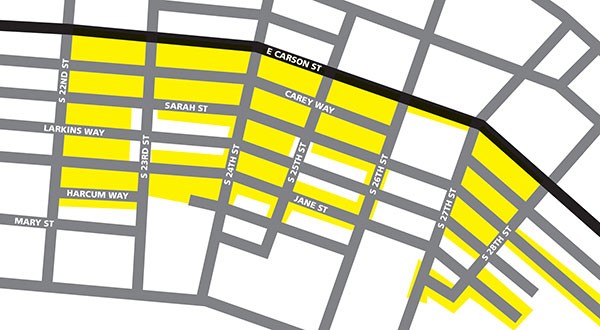 "In the past, nighttime enforcement was not available, but things are changing," says Holloway. "My department, along with the Pittsburgh Parking Authority, has recognized that in some communities parking has become an issue at night. We are both working together to address the issue and resolve it to the best of our abilities."

And in the face of criticisms about permit parking, Holloway emphasizes that the program is a resident-driven initiative. In order for a street to qualify, 70 percent of residents must petition for permit parking.

But Gonzalez, who also worked as the Neighborhood Initiatives coordinator under former mayor Luke Ravenstahl, says she's heard people express concerns about whether those residents who voted for permit parking are permanent South Side residents.

"One concern has been that a lot of transient residents are making these big decisions about permit parking, but they're there for a year or two and then they're gone," Gonzalez says.

A public hearing before city planning will be held Tue., July 22, to further gauge community support, and the expansion will ultimately have to be approved by city council.

In addition to community support, a study was done by Holloway to determine the extent of parking congestion in the proposed area. Surveyors check the license plates of cars parked in the area to find out how many are registered to addresses outside of the neighborhood. Seventy-five percent of the spaces must be filled and 15 percent must be taken by non-residents in order for a street to qualify.

"The noon-to-midnight enforcement is affecting businesses, like hair salons, that can't [accommodate] their customers in two hours, but there's a two-hour limit," Gonzalez says.

For businesses in the proposed permit zone with multiple employees, parking would also be more challenging. But City Councilor Bruce Kraus, who represents the South Side, says it's no different than employees who work Downtown and must either pay to park or take public transit.