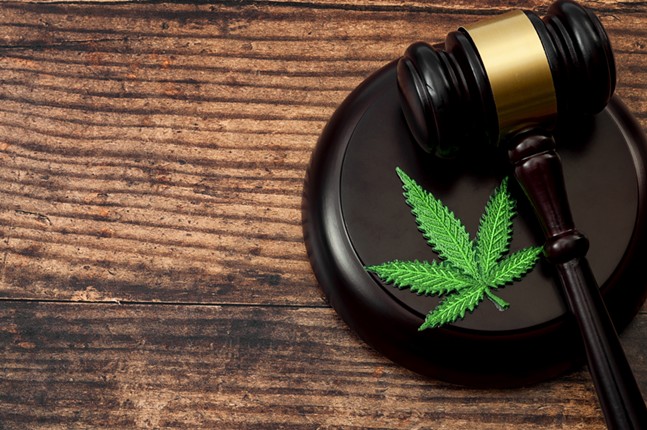 On Sept. 25, Gov. Tom Wolf (D-York) announced his support of legalizing recreational marijuana at a press conference. In addition to legalization, Wolf’s plan contains measures for criminal-justice reform including expunging the records for those convicted of nonviolent marijuana-related offenses.

"There are people in prison right now who should be pardoned,” Wolf said in a press release. "You think about the cost. We have people languishing in our prisons for having done something that wasn't violent, didn't really hurt anybody else, and what we've done is spend $40,000 a year to incarcerate them."

And Lt. Gov. John Fetterman (D-Braddock) wants to remind Pennsylvanians that starting the process to remove marijuana-related offenses is easier than ever, and also free. In a tweet, Fetterman said "the only thing you have to lose is your record."


As board chair, we’ve eliminated the fee to apply for a pardon. The only thing you have to lose is your record.

Fetterman serves as the chairman for the Pennsylvania Board of Pardons and he believes expediting pardon applications is an essential and immediate part of the commonwealth's push for recreational marijuana.

“Full legalization could take some time, but one thing we can do right now is alleviate the burden of small-amount, nonviolent convictions that scar the lives of otherwise productive citizens,” Fetterman said in a statement. “These people have done no harm to anyone else. They shouldn’t continue to suffer with employment and housing issues because they were convicted of doing something that most Pennsylvanians don’t even think should be illegal.”

A pardon is usually the first step to applying for criminal-record expungement because a pardon means the state has forgiven a crime. Expungement happens at the county level, and removes the conviction from an individual’s criminal record on the public domain.