Photo: Steve Cagan
Cleveland chapter of 9to5 stages protest in 1977, as seen in 9to5: The Story of a Movement
Anne Hill, a labor organizer and former Pittsburgh resident who co-founded the labor collective 9to5, will be featured in a Thu., March 24 online program about the organization's role in the national wave of working women’s activism in the 1970s. She will be joined on the panel, which is being presented by local nonprofit the Battle of Homestead Foundation, by 9to5 co-founders Ellen Cassedy and Kim Cook. 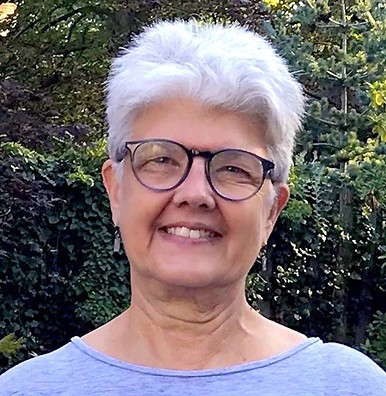 Photo: Courtesy of Battle of Homestead
9to5 co-founder Anne Hill
“At the time,” Hill says in a 2005 oral history, “women office workers were the largest occupation in the country — secretaries, and all the varieties of office workers there were.”

The panel will discuss 9to5: The Story of a Movement, a must-see documentary about the women's labor organizing of the '70s and '80s, which details the sheer volume of paperwork that workers — mostly women, and especially women of color — had to do each day to keep things running before the introduction of computers into offices. Speakers in the documentary, directed by Julia Reichert and Steven Bognar, describe working in tightly packed rooms of educated women doing very dull work.

Originating with a group of Boston female secretaries in 1973, the 9to5 collective demanded working women receive fair pay, equal advancement opportunities, and the professional respect routinely denied them by businesses and organizations dominated by men.

“Employing a steady stream of innovative, media-savvy organizing tactics, 9to5 quickly evolved into the largest membership organization of working women in the United States and served as a catalyst for several legal reforms, including an Office Workers' Bill of Rights used widely as a template for employee anti-discrimination legislation,” according to information provided by the Battle of Homestead Foundation.

The 9to5 collective was also the real-life inspiration for the 1980 movie of the same name starring Dolly Parton, Jane Fonda, and Lily Tomlin.

9to5: The Story of a Movement includes interviews with several 9to5 founders, as well as actor and activist Fonda, and offers insights into the group’s early strategic thinking on how to elevate office workers into a national discussion.

“We encourage everyone to watch the documentary before the panel discussion,” says John Haer, Battle of Homestead Foundation president. “It provides an excellent overview of how contemporary workplace organizers can learn from the trailblazing leadership of the 9to5 movement.”

Hill, who graduated in 1971 from the University of Pittsburgh, and her 9to5 co-founders will discuss 9to5: The Story of a Movement, now available to view on PBS and Netflix, during the 90-minute Q&A and discussion.

9to5: The Story of a Movement Panel Discussion with 9to5's founders. 7:30 p.m. Thu., March 24. Free with registration. battleofhomestead.org