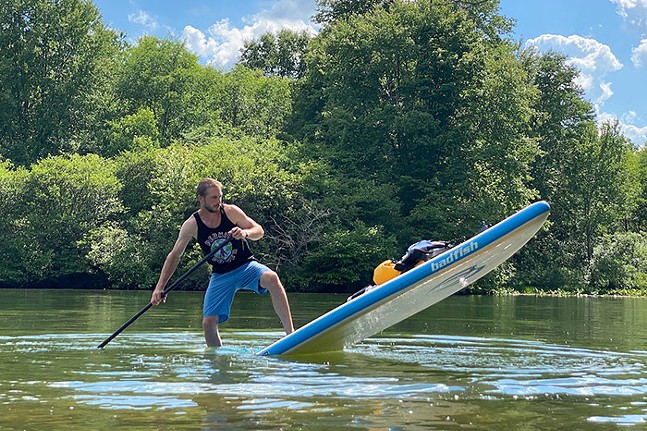 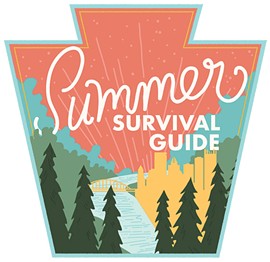 CP illustration: Abbie Adams
Although I had kayaked and whitewater rafted numerous times, including the Ocoee River in Tennessee and nearby Ohiopyle, I had never even stood on a paddleboard.

I probably should’ve known that just because I was decent on a skateboard as a kid didn’t mean that I’d automatically be good at another board sport. I learned that the hard way when I bought a snowboard in college (it’s collecting dust underneath my bed). 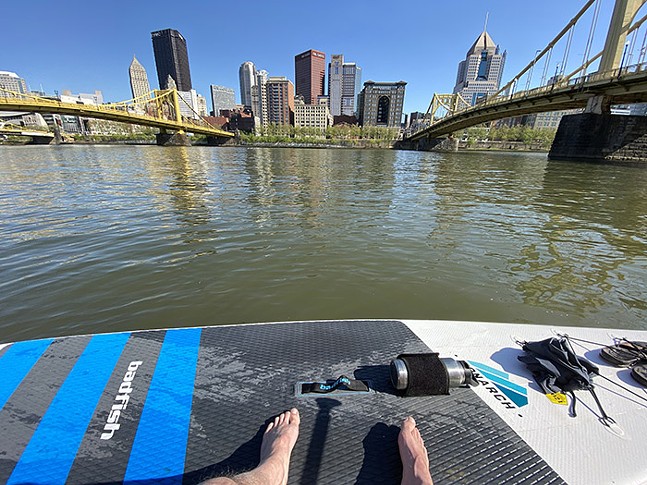 CP photo: Jared Wickerham
A view of Downtown Pittsburgh from a paddleboard
Being so close to the rivers and various lakes here in Pittsburgh, I wanted something that I could do on a nice day without needing to rely on other people for fun. And man, did the paddleboard ever come in handy during this quarantine!

Up until March, I was playing soccer three times a week in various leagues with my friends, but those leagues closed during the pandemic and they have yet to open up again. I’m also not sure I’d feel safe working out in a gym, both for my own safety, as well as everyone else’s, as I’m working in the public almost every day with my photography work. So, paddleboarding has been a really great social-distance friendly way for me to exercise physically and provide a good mental health break for me, as well.

CP illustration: Abbie Adams
Even before the pandemic, though, being able to avoid traffic and paddling from Lawrenceville to PNC Park for a Pirates game or to Point State Park for the Three Rivers Arts Festival was so convenient and stress-free. Just last weekend, I took a multi-day camping trip down the Allegheny River from Franklin to Emlenton, which was 35 miles on my board, so the opportunities are endless.

SUPing is an absolute blast. I now own two boards, one hardboard (purchased for cheap at an REI Garage Sale) and one inflatable, which is much easier for traveling as you can check it at an airport or throw it in your car without the need for a roof rack. There are so many ways of getting involved if you’re looking to try it out. The best introduction in the Pittsburgh-area is SurfSUP Adventures (currently open for business), run by Ian Smith. His company does various trips, including the Allegheny Islands Eco Tour near Oakmont, Moraine State Park afternoon paddling trips, a fun “Glow SUP” sunset paddle at Moraine, SUP yoga, and, my favorite, whitewater SUP, typically done on the Connoquenessing Creek near Ellwood City. Smith also runs an incredible program called First Waves, which include experiences in conservation, river surfing, stand-up paddleboarding, and filmmaking for underserved youth. 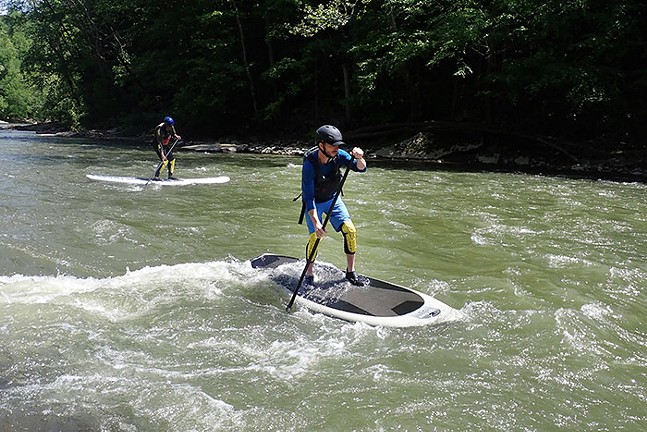 Photo: Ian Smith/SurfSUP Adventures
Jared Wickerham on the board at Connoquenessing Creek in Ellwood City
I’m certainly no expert, but my email is always open to chat with anyone looking to get into this growing sport that is so perfect for social distancing. As early as last year, I was lucky to find one or two stand-up paddleboarders at a place like Lake Arthur in Moraine State Park. But this weekend alone, SUPers probably accounted for close to half of those paddling on the water just 45 minutes north of the city.

We’re all dealing with heavy issues right now, including not just a pandemic but a world-wide fight standing up to systemic and environmental racism, and we balance these issues with our own mental health in various ways. I wanted to at least let people know what I discovered works for me. It pushes and challenges me while also getting me out of the house and away from social media for a bit. I hope this at least helps one person find another outlet to enjoy life and smile, even in the hardest of times.