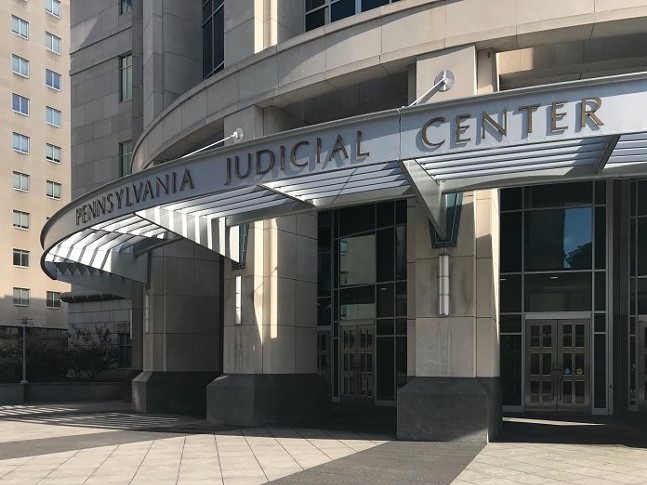 The Pennsylvania Judicial Center in Harrisburg
After spending three years behind bars, the Pennsylvania Supreme Court on Wednesday overturned the sexual conviction of comedian and actor Bill Cosby.

In its ruling, the state’s highest court said former Montgomery County District Attorney Bruce Castor’s decision not to charge Cosby in 2005, freeing Cosby to testify in a subsequent civil suit without his Fifth Amendment protection against self-incrimination, allowed another prosecutor to try him, according to court documents.

Cosby, now 83, was convicted in 2018 of drugging and sexually assaulting a woman in 2004, and had been sentenced to three to 10 years in prison, according to NBC News. In a ruling authored by Justice David Wecht, the high court ruled that he could not be tried twice for the same charge.

“When an unconditional charging decision is made publicly and with the intent to induce action and reliance by the defendant, and when the defendant does so to his detriment (and in some instances upon the advice of counsel), denying the defendant the benefit of that decision is an affront to fundamental fairness, particularly when it results in a criminal prosecution that was foregone for more than a decade,” the high court ruled.

“For these reasons, Cosby’s convictions and judgment of sentence are vacated, and he is discharged,” the decision reads.

Justices Debra Todd, Sallie Mundy, and Christine Donohue joined Wecht in the opinion. Justice Kevin Dougherty concurred in part of the opinion and dissented in part. He was joined by Chief Justice Max Baer. Justice Thomas Saylor filed a dissenting opinion.
John Micek is the editor of the Pennsylvania Capital-Star, where this story first appeared.