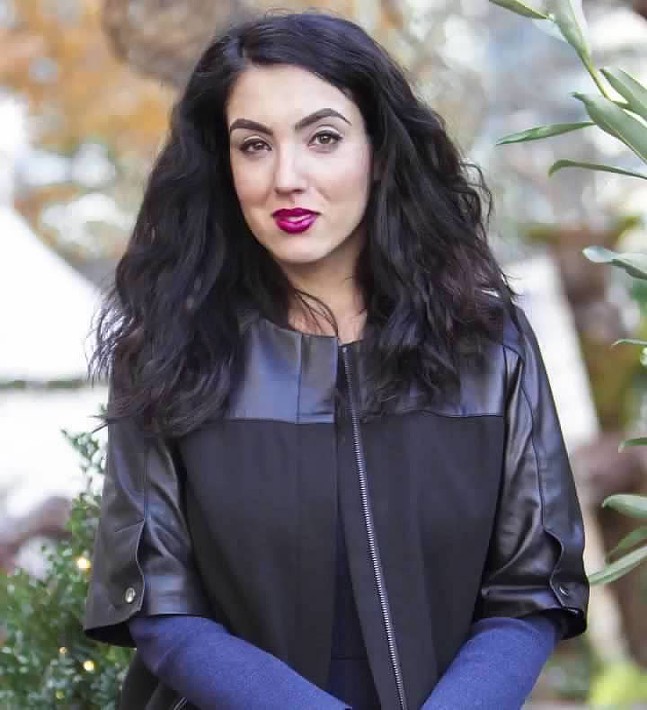 Photo: courtesy of Gisele Fetterman
Gisele Fetterman
Pennsylvania’s second lady Gisele Barreto Fetterman tweeted Sunday that she had been the target of a racist attack while shopping at her local Aldi, and shared a video she filmed of a woman shouting a racial slur at her, the Washington Post reported.

The verbal assault happened after 5:30 p.m., around two miles away from her home in Braddock. The second lady was able to film the woman from inside her car after the woman followed Fetterman outside the store and continued to harass her, the newspaper reported.

Fetterman was targeted by the woman inside an Aldi grocery store after she recognized her as the wife of Democratic Lt. Gov. John Fetterman (D-Braddock).


*TRIGGER WARNING* I love love love this country but we are so deeply divided. I ran to the local grocery store and was met by and verbally assaulted by this woman who repeatedly told me I do not belong here. The confrontation continued into the parking lot where I was able to pic.twitter.com/kzSoxCVJ2x

Fetterman, 38, is usually accompanied by Pennsylvania State Police troopers when she travels. But she decided to run to Aldi on her own this time to catch a sale on golden kiwis before it ended, the Post reported.

Fetterman, who was born in Brazil, has been targeted before because of her background as an undocumented immigrant, but this incident was particularly disturbing because it was the second lady’s first in-person harassment experience, she told the Post.

Fetterman told the Post that State Police are looking into the incident after she provided them with the perpetrator’s license plate number. U.S. Sen. Bob Casey (D-Scranton) tweeted in support of the second lady, and condemned the incident on Sunday.


Today at the grocery store, PA’s Second Lady @giselefetterman was subjected to a racial slur and taunts. As she said: “this hatred is taught.” It’s on us to teach our children kindness, acceptance and inclusion, and condemn hate whenever and wherever we see it.

Gov. Tom Wolf condemned the attack in a statement on Monday.

““The ethnic intimidation and racist speech spewed at the Second Lady of Pennsylvania is shameful and unacceptable. Racism and hate speech are always unacceptable, and unworthy of Pennsylvanians,” Wolf said. “No Pennsylvanian should ever be made to feel unwelcome in our commonwealth because of their race or ethnicity. Gisele Fetterman spends much of her time devoted to making our state and world a better place and she — and every Pennsylvanian — deserves our respect, not the hatred too often displayed by people who seek only to further divide this country at a time when unity is so desperately needed.”

In a Tweet on Monday afternoon, John Fetterman thanked Pennsylvanians for their support.

The outpouring of love + support from Pennsylvania’s leadership + citizens has been truly humbling.

Gisele + I love this country and our commonwealth deeply.

Thank you PA, for standing with Gisele. 💙 https://t.co/Ekv2WLll9r

This attack comes in the wake of rising political tension in Pennsylvania after both President Donald Trump and Democratic nominee Joe Biden identified the state as the “tipping-point” battleground during the upcoming election with its 20 electoral college votes, the Post reported last week.

Fetterman told the Post that she feels people are getting more comfortable with spewing hatred against racial minorities because of Trump’s support for racist rhetoric.
Rjaa Ahmed is a student at Temple University and Hearken Election SOS Fellow, who is helping the Pennsylvania Capital-Star cover the 2020 general election. This story is courtesy of our news partners at the Pennsylvania Capital-Star.