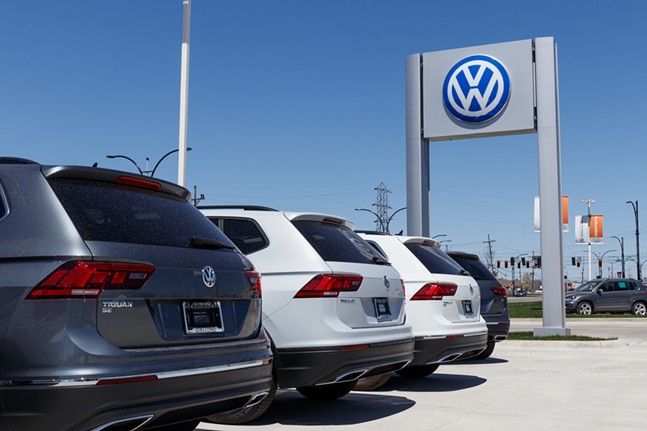 In 2016, a U.S. judge ordered Volkswagen to pay $14.7 billion in settlement funds after selling nearly 500,000 cars with emissions cheating software across the country. Pennsylvania received $118 million from the settlement — the fifth highest payout in the nation.

This settlement is meant to be spent on helping reduce greenhouse gases, and so far, Pennsylvania isn’t doing so great in the effort, according to a new report from environmental organizations.

PennEnviroment and the PennPIRG Education fund, do not believe the commonwealth is making good use of its money and recently gave Pennsylvania an “F” grade for their plans on how to spend the settlement. Together, the groups published a report in May titled “Volkswagen Settlement State Scorecard” ranking how each state planned to spend their funds.

The scorecard is based on eight criteria:
The environmental groups were more hopeful that state officials would use the settlement “to transform its transportation system from one that relies on antiquated, dirty technologies of the 19th Century to one that relies on cleaner technologies of the 21st Century,” especially electric-powered vehicles and zero-emission public transportation.

More than 13 other states  received an “F,” like Pennsylvania. Two states, Hawaii and Washington, received perfect scores for their plans on how to spend the settlement money. Washington’s $112.7 million has been entirely dedicated to electrifying public transportation, including school buses.

“If we want to protect the health of our communities and our climate, we must transition to zero-emission vehicles as quickly as possible,” Ashleigh Deemer, Western Pennsylvania Director for the PennEnvironment Research & Policy Center said in a press release Tuesday. “Our report card shows that when it comes to spending the VW settlement money, Pennsylvania is not making the grade.”

But the state’s Department of Environmental Protection (DEP) says diesel emissions are “one of the most significant air quality challenges facing the Commonwealth of Pennsylvania.”

According to Deborah Klenotic of the DEP, the goal of Driving PA Forward is to achieve the most cost efficient emission reductions and benefit as many Pennsylvanians as possible. The plan states areas with high-population and high-traffic density, such as Pittsburgh and Philadelphia, will be given priority in emission reduction efforts.

As part of Pennsylvania’s plan, $16 million will be allocated to grants for class 8 freight trucks and transit bus repowers and replacements.

“We hope the technology for electric bus and truck engines will become more available and cost-effective to enable more project applicants to pursue this option,” Klenotic says. “Right now we get very few applications for such projects, but hope to see more in the future.”

Pittsburgh Mayor Bill Peduto appears committed to reducing Pittsburgh’s carbon footprint. Pittsburgh’s most recent climate action plan seeks to reduce city emissions by 50 percent in 2030, and 80 percent in 2050. Though the plan does not provide much insight into how Pittsburgh might electrify city transportation, but the Department of Mobility Infrastructure has been working to encourage accessible and safe alternative transportation methods, including walking and biking.

“Climate change is one of the most urgent issues facing our planet today, and air pollution is a continuing problem in the Pittsburgh region,” Deemer said. “It’s critical that our elected officials are using every tool in the toolbox to reduce harmful pollution from cars, trucks, and buses. This fund is one of those tools.”