Pa. legislator says the "unmasked community" faces harassment because people were mean to him online 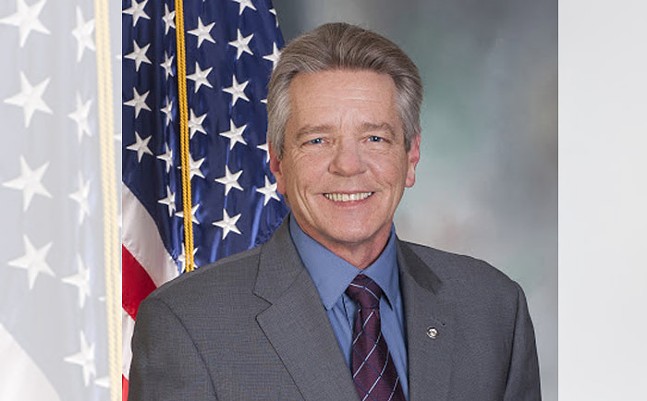 Russ Diamond
This story was originally posted on Wed., July 29 and updated on Thu., July 30 with comments from Gov. Wolf.

Pennsylvania state Rep. Russ Diamond (R-Lebanon) issued a statement today declaring that the "unmasked community" in Pennsylvania is facing "hateful and intolerant" comments on social media and the internet.

According to his statement, Diamond felt the need to speak out on behalf of people not wearing face masks during the coronavirus pandemic because pictures of him not wearing a mask were circulating online, and some commenters were mean to him.

"I feel that I must personally respond to the multiple incidents of harassment and specifically hate and intolerance directed at me that have not necessarily been reported in the press, but are rampant across social media and the internet," writes Diamond in a letter from his office.

Diamond writes in his letter that the criticism directed at him is "hurting the thousands of unmasked Pennsylvanians who suffer directly from the current demonstrations of harassment."

Diamond then cites the Pennsylvania Department of Health policy that says people with specified medical conditions are exempt from wearing masks when it is required by the state government. Those exemptions include, but are not limited to, mental health conditions, respiratory issues that impede breathing, and people who need to communicate by seeing mouths and lips. Diamond doesn't mention if he has any of these conditions.

Even his statement places himself above those with medical conditions that exclude them from mask mandates.

"Your actions perpetuate a spirit of intolerance and discrimination against unmasked individuals and specifically individuals like myself who are out spoken about it," writes Diamond.

Diamond's statement has structural similarities to a recent statement by Pennsylvania Health Director Dr. Rachel Levine, who has been the target of scores of transphobic and hateful messages.

"There are no words that adequately describe my disdain for the antics Rep. Diamond displayed in his latest missive," said Wolf in his statement. "I am calling on Republican House leadership to introduce a resolution to censure the representative immediately."

A censure would not oust Diamond from office, but would a formal reprimand from the rest of the state legislature.

Wolf added that "no thinking person" would argue that wearing a mask is not an effective means of preventing the spread of COVID-19, and accused Diamond's statement of being "nothing more than a thinly veiled attack on the LGBTQ community and Dr. Rachel Levine."

Diamond's statement appears to be in response to an anti-mask rally he attended on July 22, and some criticism of his presence there that he received on social media. The rally was organized by right-wing groups that said mask-wearing is about freedom of choice. A report from PennLive didn't mention anything about people with medical conditions who are exempt from wearing masks.

Though Diamond claims the importance of tolerance and acceptance, those things are not something that he often practices. Two days ago, Diamond compared Gov. Tom Wolf (D-York) to ISIS in a tweet.

His statement reads that the most vulnerable among us are "unmasked individuals of color, unmasked youth and seniors, and unmasked immigrants. ... It is in this space that these acts of tolerance live and where we need to continue to work against intolerance and discrimination."

Not only is Diamond supportive of so-called "sanctuary city" policies, which immigrant activists say will lead to discrimination of Black and Brown immigrants, he was also against a 2018 police instituted by Gov. Wolf that created LGBTQ-inclusive birth certificates.