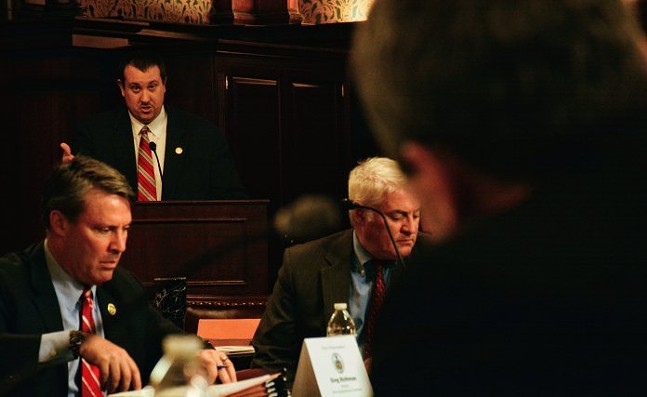 The bill, sponsored by House State Government Committee Chairman Seth Grove (R-York), is the culmination of months of hearings, and it comes as Republican legislatures across the country have passed stricter voting laws, often driven by former GOP President Donald Trump’s baseless claims of voter fraud.

“This responsible bill includes all aspects of issues brought before the committee and will propel Pennsylvania’s election into the 21st century, all while fixing fatal flaws and election security issues,” said Grove in a statement.

The exact bill language still hasn’t been released. But the bill does not eliminate mail-in ballots, contrary to the efforts of some hardline conservatives. In fact, it will give counties five days before the election to process mail-in ballots, a key ask from county election officials.

The law also will standardize practices that differed by county during the 2020 election, differences that the Trump campaign attempted, unsuccessfully, to translate into fraud claims in federal court.

Among the policies that would be okayed in the Republican proposal are drop off boxes for mail-in ballots, as well as a process for voters to fix, or “cure,” mail-in ballots with errors to ensure they count.

The inclusion of a voter ID law will be among the most controversial measures. Gov. Tom Wolf has promised to veto any bill that requires voters to show photo ID to vote. Such a law was passed by the GOP-controlled General Assembly in 2012, but it was struck down in state court as unconstitutional.

The GOP proposal will try to avoid this legal hurdle by mandating that counties send every registered voter a scannable voter registration card with a copy of the voter’s signature.

Grove has previously said he plans to pass election reform by the end of June. It adds another complicated political dimension to the coming weeks, as the Republican-controlled General Assembly and the Democratic Wolf administration attempt to negotiate both election changes and next year’s state budget.
Stephen Caruso is a reporter with the Pennsylvania Capital-Star where this story first appeared.