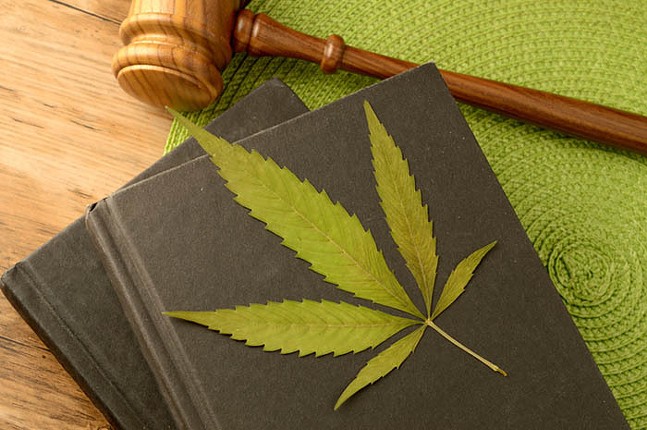 Recent decisions from the Pennsylvania Board of Pardons regarding Governor Tom Wolf’s much-hyped Marijuana Pardon Project indicate that the initiative will benefit many fewer people than previously expected.

While Gov. Wolf said he hoped to offer “thousands of Pennsylvanians” a chance to clear their records of minor marijuana charges, last week, the Board of Pardons voted to advance the applications of just 231 of the roughly 2,600 individuals who applied for clemency.

Only standalone charges for possession of a small amount of marijuana were eligible for pardon, meaning individuals with prior charges of any kind were not eligible. The project ran only for the month of September and is no longer open to applicants.

Reportedly, the board received applications from 66 of Pennsylvania's 67 counties, including 212 from Allegheny County, although local defense attorney and marijuana advocate Patrick Nightingale says no one in Allegheny County was even eligible for a pardon according to the parameters of the program.

“There is no one in Allegheny County who has been convicted of a standalone ‘small amount’ charge,” he tells Pittsburgh City Paper in an email.

When officials announced the program earlier this fall, Nightingale says he “didn't think the project would have much impact because most of the time a small amount is accompanied by a paraphernalia charge, and paraphernalia wasn't eligible.”

Celeste Trusty, secretary of the Pennsylvania Board of Pardons, tells City Paper in an email that the Board of Pardons intentionally excluded paraphernalia charges from the pardon project but declined to say why.

“I am hopeful that we will see swift action around marijuana legalization by our General Assembly during the upcoming legislative session,” Trusty says in her statement. “As well as a renewed commitment by the incoming administration to work toward expanded access to clemency and cleared records for so many people who continue to be hindered by criminal records for marijuana use.”

Elizabeth Rementer, a spokesperson for Pennsylvania Governor Tom Wolf told City Paper in an emailed statement that the project "did not include paraphernalia charges as they are not distinguished by the type of drug. This would have made the process much more complex and would have significantly delayed implementation."